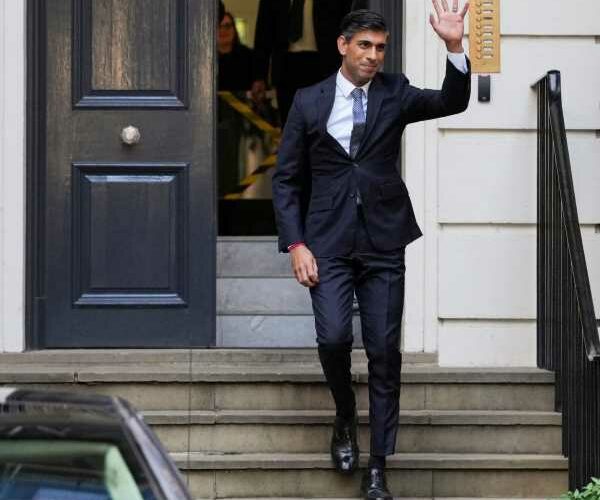 In another move aimed at continuity, James Cleverly will stay in his post as Foreign Secretary despite not being a Sunak loyalist.

Hunt, who was parachuted in earlier this month by former prime minister Liz Truss and went on to reverse her tax-cutting mini-budget, has been an ally of Sunak and it was widely expected that he would keep his job. It was also expected to be one of the first announcements as a signal to the financial markets, which have considerably calmed since Sunak’s Diwali victory.

“It is going to be tough. But protecting the vulnerable — and people’s jobs, mortgages and bills — will be at the front of our minds as we work to restore stability, confidence and long-term growth,” Hunt tweeted soon after.

Another close ally, Dominic Raab, who served as Deputy Prime Minister and Justice Secretary in the Boris Johnson led Cabinet returns to the twin posts under Sunak.

Raab, who had been the chief cheerleader for Sunak during his latest run for Tory leadership, was widely tipped for a Cabinet return.

Meanwhile, many from the Liz Truss and Boris Johnson faction of the governing Conservative Party resigned soon after Sunak took charge at 10 Downing Street, with Indian-origin MP Alok Sharma losing his Cabinet Office Minister role to remain only as COP26 President to negotiate on behalf of the UK at COP27 in Egypt next month.

In his address to party colleagues soon after his win on Monday and also in his public addresses, Sunak has stressed on ‘unity and stability’ as his key priorities. According to close aides, his focus will be on creating a Cabinet of a broad range of talents from across different wings of the Tory party in an attempt to try and unite divided ranks.

It marks a sharp contrast to Liz Truss’ approach of appointing her close loyalists and those who backed her leadership bid to Cabinet posts.