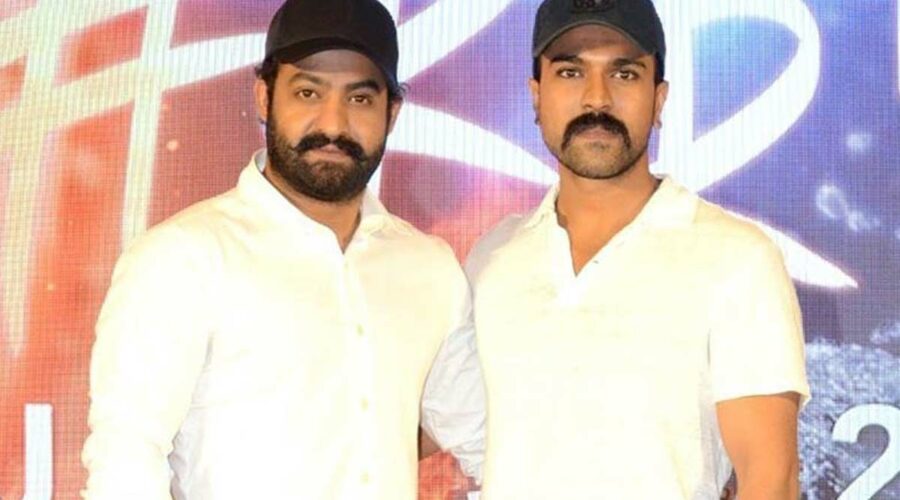 The young tiger Jr NTR and Mega Power Star Ram Charan will be seen sharing the screen space in SS Rajamouli’s upcoming directorial venture RRR, which is based on pre independence era. The two talented and most loved actors of the Telugu film Industry will be seen playing the roles of Telugu freedom fighters, Alluri Seetharama Raju and Komaram Bheem in RRR, which is one of the much hyped movies of Indian film Industry. The upcoming magnum opus RRR, which is being bankrolled by DVV Danayya, is the talk of the town since its inception and moviegoers can’t keep calm to know what’s next in store for them.  It is known that Charan and Tarak are good friends and they share good rapport.

Recently during a YouTube interview, the character artist Sujatha revealed that  Ram Charan had cried when he hit  Jr NTR with a whip during the shoot of RRR.  Dhruva star was concerned whether it had hurt Tarak because both are best friends.

Sujatha  also added, “While shooting  Ram Charan slipped and broke his leg, but he continued to shoot.”

RRR also has Olivia Morris, Ajay Devgn, Ray Stevenson, Alia Bhatt, Alison Doody  in the crucial roles and it is scheduled to hit the theatres on 13th October, 2021.

09/09/2021 India Comments Off on Sujatha: Ram Charan cried after hitting Jr NTR with a whip
India