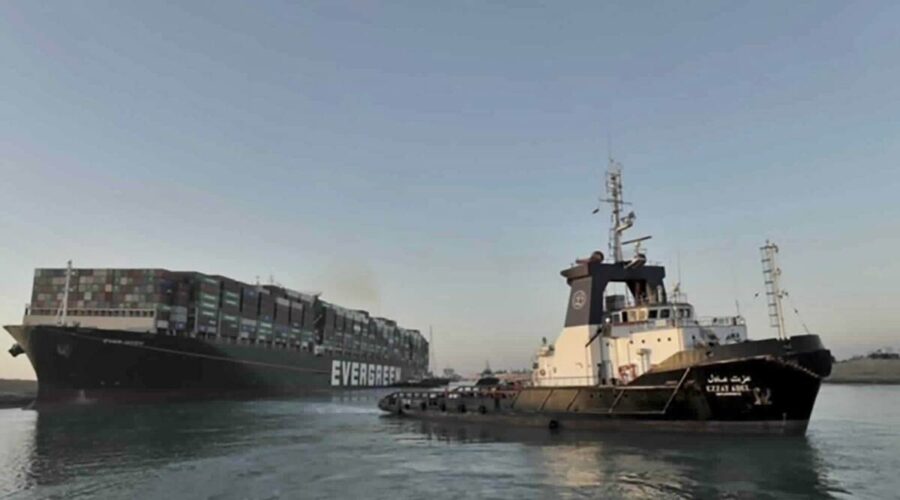 The Suez canal blockage is likely to trigger claims by everyone affected — from the shipping industry to the commodities business. The resumption of shipping traffic through the Suez Canal, which remained stalled almost a week, is likely to ease pressure on insurance companies, which feared a huge payout for stalled goods and containers, officials said.

While the likely impact of this incident on India is minimal for now, had the blockage continued for days and weeks, pressure would have mounted for certain industries that depend on Europe and the US for critical raw materials or parts or for those industries whose turnovers are driven by exports to these countries. Over 300 container ships, bulk carriers, oil tankers and LNG vessels are stuck in the canal. Insurers and shipping companies are still concerned over the backlog and knock-on disruptions that could take weeks and months to get cleared.

“The insurance industry is waiting with bated breath at the direction from which claims can arise out of this canal blockage and of course what could be the enormity of the exposure,” said R Balasundaram, executive vice-president, global insurance. Taiwan’s Evergreen Line, which chartered the Ever Given, says Japan’s Shoei Kisen Kaisha — the ship’s owner — is responsible for any losses.

The Suez canal blockage is likely to trigger claims by everyone affected — from the shipping industry to the commodities business. Insurer’s fear that owners of the goods on board the Ever Given and other ships stalled will seek payment from their insurers. The insurers for cargo on board will in turn file claims against Ever Given’s owners, who will turn look at their insurers for protection. If an insurance pay-out happens, premium will also increase, said an official.

“Further, once the blockage is removed, it may still take at least a week for all the piled-up vessels to pass through the canal,” he said.

“Some vessels bound for India are among them and it is expected that there could be pressure for a while on the Indian ports on the west coast as many of these vessels may seek berthing together or in rapid succession,” Balasundaram said.

According to him, Suez Canal blockade, a once-in-a-lifetime type of event is estimated to cause losses in billions of dollars for insurers and the loss of trade per day due to the blockage at close to $9 billion.

There are various areas of claims to possibly come up such as demand for GA (General Average) and Salvage guarantee from cargo interests. “There could be a claim under the H&M policy or damages against the vessel and business interruption losses. There could be losses due to perishable cargo or the cancellation of orders hence the claim demand,” he said.

Insurance circles estimate that more than $3 billion of insurance is in place for liability claims against the owner of the grounded ship Ever Given.

It’s not clear whether that will be enough to cover losses that are likely to be claimed by some of 369 ships in the canal and the owners of the cargo they are carrying, if the vessel continues to block the Suez Canal. While the shipowner has taken some responsibility, charterers may have to deal with the cargo owners.