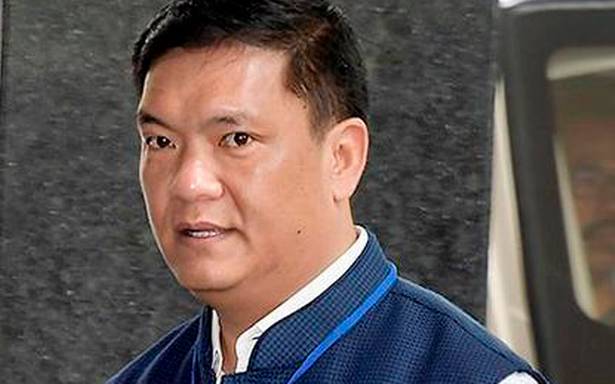 An apex students’ organisation has welcomed the Arunachal Pradesh government’s decision to relocate Chakma and Hajong settlers beyond the State.

The Buddhist Chakmas and Hindu Hajongs were displaced by a dam in erstwhile East Pakistan and mostly settled in southern Arunachal Pradesh from 1964-69. Some had faced religious persecution.

Indigenous communities in the frontier State have for decades demanded the resettlement of the refugees, now numbering more than 60,000, arguing that they had not been consulted when New Delhi decided to settle the Chakmas and Hajongs 1,200 km east of their home in present-day Bangladesh’s Chittagong Hill Tracts.

“The AAPSU and various indigenous communities have always been against the settlement of Chakmas and Hajongs in Arunachal for several reasons. Primarily, the indigenous people were not consulted before the refugees were settled and their increasing population has led to demographic changes, threatening the existence of the ethnic tribes,” he said.

Mr. Khandu in his Independence Day speech said “all illegal immigrant Chakmas will be settled outside Arunachal Pradesh with honour, and this matter has already been taken up and discussed with Union Home Minister Amit Shah.”

Law Minister Kiren Rijiju had also promised to protect the inherent rights of the indigenous people of Arunachal Pradesh while asserting that no foreigner settled in the State will have permanent residence under the Citizenship (Amendment) Act.

The Chakma Development Foundation of India had slammed the relocation move. It said 94% of the Chakmas and Hajongs settled in present-day Arunachal Pradesh – it was called North East Frontier Agency in the 1960s – by the Union government are Indians by birth.

The foundation also said other States, specifically adjoining Assam, should not be made a dumping ground of “unwanted people of the northeast” and reminded the Arunachal Pradesh government of the Supreme Court’s 1996 order granting citizenship to the Chakmas and Hajongs settled in the State.