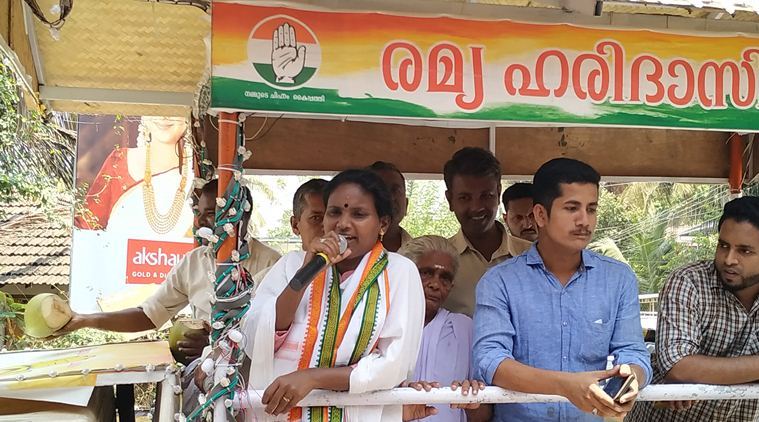 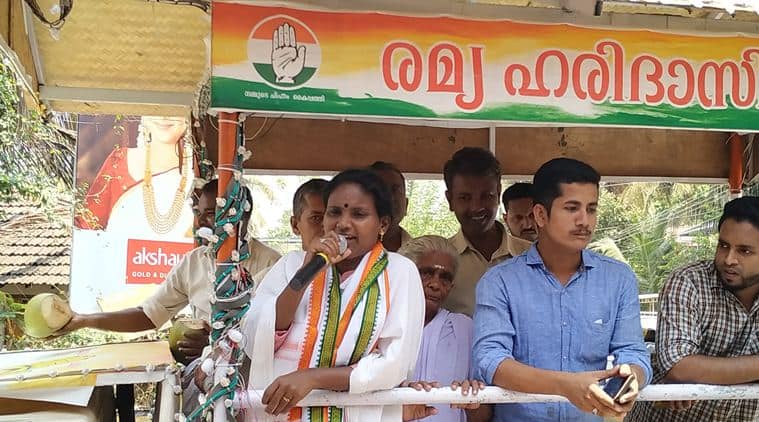 In the last week of March this year, when the Congress party announced the name of Ramya Haridas as it’s official candidate from the Alathur Lok Sabha constituency in Kerala, many brushed it off as an inconsequential move.

For one, the 32-year-old president of a local government body from Kozhikode district was a nobody in the state’s political circles. More importantly, Alathur, a largely rural and agrarian pocket on the eastern border of Kerala with Tamil Nadu, had proved to be a hard nut to crack for the grand old party over the decades. The constituency, reserved for the Scheduled Caste (SC) community, represented the bedrock of solid Communist voters in the state who seldom dared to defy the party.

But two months on, when ballot boxes were opened in Alathur on Thursday, Ramya proved to be a giant slayer, defeating two-time CPM MP PK Biju by more than 1.5 lakh votes, surprising even the most optimistic Congress supporters. Through her victory, Ramya also became the first Congress woman Dalit MP to be elected from the state and only the second woman from the community to enter Lok Sabha. Sadly, she’s also the only woman MP to be chosen by the people of Kerala this time.

In 2011, Ramya, the daughter of a daily-wager and a Mahila Congress leader, was one of the shortlisted candidates of a ‘talent hunt’ programme kick-started by Congress president Rahul Gandhi with the aim of grooming young leaders. She also worked extensively with Ekta Parishad, a Gandhian movement of landless people in India. In 2015, Ramya contested as a candidate in the local body elections from Kunnamangalam in Kozhikode district and subsequently became the president of the block panchayat.

Ramya’s victory is a matter of huge prestige for Congress leaders in the state as they have not only proved that they can storm the most powerful citadels of the Left, but also make deep inroads into the Dalit community, which has been a strong votary of the Left parties in the state. In the Lok Sabha, Ramya will join fellow Congress leader Kodikkunnil Suresh, who was elected from the SC-reserved seat of Mavelikkara. Ramya and Suresh are among the 15 Congress leaders elected from Kerala. Four others, two from the IUML, KC(M) and RSP – all Congress allies – were also elected making the UDF tally a resounding 19 out of the 20 in the state.

Ramya’s campaign in Alathur had made headlines for a number of reasons. She was mocked by CPM leaders and sympathisers for often singing a tune at her rallies — they said she was fighting to enter Lok Sabha, not win a music contest. A bigger shocker came when the LDF’s convenor A Vijayaraghavan made distasteful sexist comments about the young Congress candidate, which propelled her to file a police complaint. Vijayaraghavan later apologised for the remarks, though the damage was done. As opposed to the campaign of Biju, who claimed to have carried out a series of development works in the constituency, Ramya appeared to garner huge interest, especially among women and the minority Muslim community who form a big chunk of Alathur’s voters.

A consolidation on the part of the minorities, combined with the charm of Ramya and the emergence of Congress president Rahul Gandhi on the scene in neighbouring Wayanad, seems to have done the job for her. From the first round of counting, she led from the front and surprisingly, she led in all seven Assembly segments of Alathur. Against heavy odds, when six of the seven segments are held by Left MLAs, Ramya has scripted a remarkable victory.