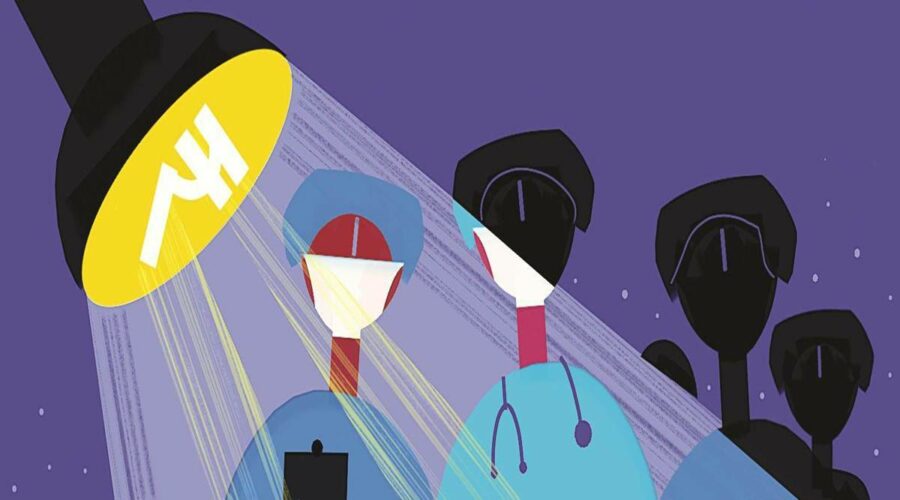 India needs systematic changes that could range from increased investment in health infrastructure, ensuring decent pay to health workers and building an overall environment that could prove to be beneficial for them and motivate them to stay in the country. 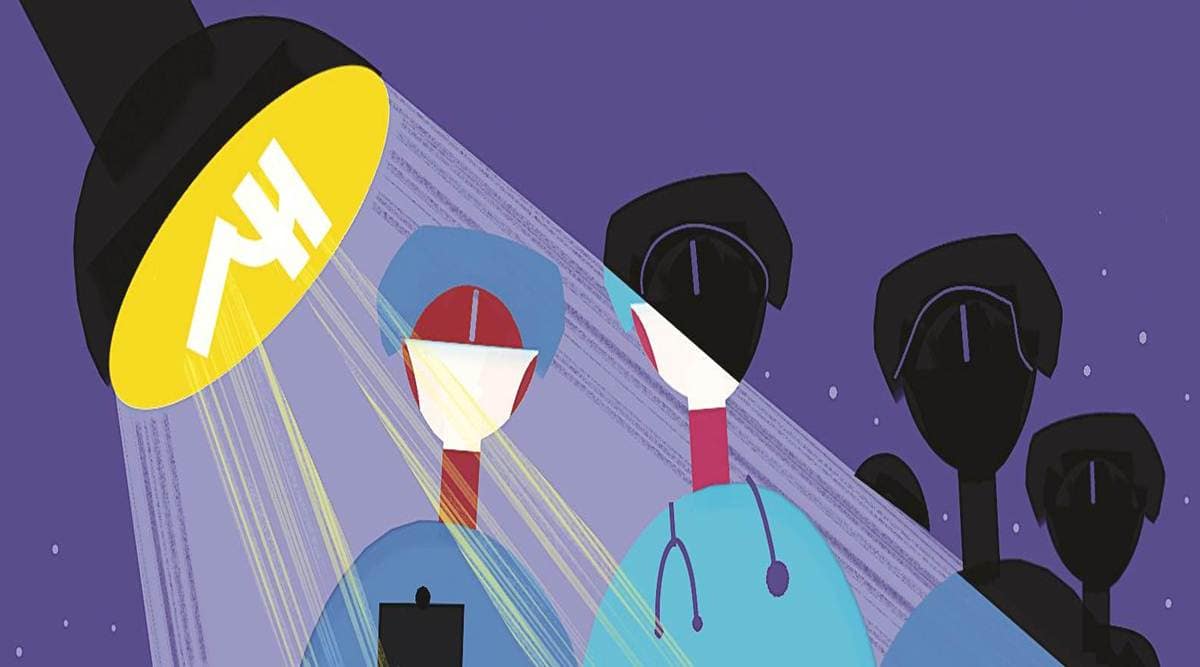 India is currently undertaking one of the largest vaccination programmes in the world. In the first phase, frontline workers were administered doses of the vaccine, followed by senior citizens in the second phase. At the time of the commencement of the programme’s Phase 3, a total of 6.43 crore doses had been administered. At the same time, 6.44 crore doses (close to 50 per cent) of vaccines made in India had been exported to over 84 countries. Although the export of vaccines was stopped, India went on to face a severe vaccine crunch in April. A month later, the problem has only got worse.

At the same time, the reported number of daily cases are a little less than three lakh. The country is grappling with problems ranging from insufficient hospital beds, ICUs and ventilators to shortages in oxygen supply, resulting in a high number of deaths, with more than 4,000 deaths being reported daily. Amidst all this chaos, what has not received sufficient notice is the contribution of health workers, the Covid warriors who have been working tirelessly round the clock for over a year. A further surge in cases across the country could ultimately lead to overburdening these workers. Besides treating Covid patients, they will also have to administer vaccines, now available to the country’s entire adult population.

For several decades, India has been a major exporter of healthcare workers to developed nations particularly to the Gulf Cooperation Council countries, Europe and other English-speaking countries. And this is part of the reason for the shortage in nurses and doctors. As per government reports, India has 1.7 nurses per 1,000 population and a doctor to patient ratio of 1:1,404 — this is well below the WHO norm of three nurses per 1,000 population and a doctor to patient ratio of 1:1,100. But, this does not convey the entire problem. The distribution of doctors and nurses is heavily skewed against some regions. Moreover, there is high concentration in some urban pockets. If we look at the figures for countries where we export our healthcare workers, we see just how big the difference is between the sending and the receiving countries.

As per OECD data, around 69,000 Indian trained doctors worked in the UK, US, Canada and Australia in 2017. In these four countries, 56,000 Indian-trained nurses were working in the same year. There is also large-scale migration of health workers to the GCC countries but there is a lack of credible data on the stock of such workers in these nations. There is no real-time data on high-skilled migration from India as in the case of low-skilled and semi-skilled migration.

While there are strong pull factors associated with the migration of healthcare workers, in terms of higher pay and better opportunities in the destination countries, one cannot deny the strong push factors that often drive these workers to migrate abroad. Take, for instance, the case of nurses in India. The low wages in private sector outfits along with reduced opportunities in the public sector plays a big role in them seeking employment opportunities outside the country. The lack of government investment in healthcare and delayed appointments to public health institutions act as a catalyst for such migration.

The need for increased investment in healthcare has been evident throughout the pandemic. The 2020 Human Development Report shows that India has five hospital beds per 10,000 people — one of the lowest in the world. Increased investment in healthcare, especially in the public sector, is thus the need of the hour. This would, in turn, increase employment opportunities for health workers.

Over the years, the government has taken measures to check the brain drain of healthcare workers with little or no success. In 2014, it stopped issuing No Objection to Return to India (NORI) certificates to doctors migrating to the US. The NORI certificate is a US government requirement for doctors who migrate to America on a J1 visa and seek to extend their stay beyond three years. The non-issuance of the NORI would ensure that the doctors will have to return to India at the end of the three-year period.

The government has included nurses in the Emigration Check Required (ECR) category. This move was taken to bring about transparency in nursing recruitment and reduce exploitation of nurses in the destination countries. This policy requires nurse recruitment to be done through six state-related employment agencies and makes it mandatory for the nurses to accept international contracts that are approved by the government. However, Indian nurses are mostly from lower middle-class families and have to take loans to complete their nursing education with an aim of getting a job abroad. They struggle to pay back their loans and secure financial stability right from the beginning of their career. Meanwhile, they also prepare for the IELTS tests — this is one indication of their desire to migrate right away. Then, there are healthcare professionals who delay migration only in order to obtain an experience certificate, after which they apply for jobs abroad.

The government’s policies to check brain drain are restrictive in nature and do not give us a real long-term solution to the problem. We require systematic changes that could range from increased investment in health infrastructure, ensuring decent pay to workers and building an overall environment that could prove to be beneficial for them and motivate them to stay in the country. According to Dr Devi Shetty, India will need an extra five lakh ICU beds, two lakh nurses and 1.5 lakh doctors in the next few weeks. If we can import ventilators and oxygen cylinders, can’t we also import doctors and nurses or human resources to manage the hospitals?

The government should focus on framing policies that promote circular migration and return migration — policies that incentivise healthcare workers to return home after the completion of their training or studies. It could also work towards framing bilateral agreements that could help shape a policy of “brain-share” between the sending and receiving countries — the destination countries of the migrants would be obliged to supply healthcare workers to their country of origin in times of need, especially in times such as what we are living in now.

This column first appeared in the print edition on May 19, 2021 under the title ‘Healthcare and brain drain’. Rajan is chairman, The International Institute of Migration and Development (IIMAD), Kerala, India. Menon is research associate, IIMAD.