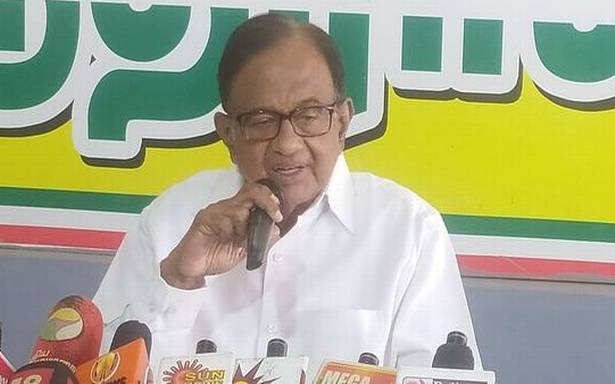 The senior Congress leader also accused the Central government of having abdicated its responsibility and surrendering to corporate profiteering.

Terming the Centre’s decision to allow multiple prices for vaccines “discriminatory”, senior Congress leader P. Chidambaram on Friday suggested States to jointly form a price negotiation committee to work out a uniform rate with the manufacturers.

Mr. Chidambaram also accused the Central government of having abdicated its responsibility and surrendering to corporate profiteering.

“The Central government’s decision to allow multiple prices for vaccines is discriminatory and regressive. States must unanimously reject the decision. The best way forward is for the State governments to jointly form a Price Negotiation Committee and offer to negotiate a uniform price with the two vaccine manufacturers,” the Congress leader said in a series of tweets.

He said the joint purchasing power of the State governments would force the manufacturers to agree to a uniform price.

“States must take the initiative. The Central government has abdicated its responsibility and surrendered to corporate profiteering,” Mr. Chidambaram added.

The Centre announced on Monday that everyone above 18 years of age will be eligible for COVID-19 vaccination from May 1, while private hospitals and States will be able to buy the shots from manufacturers.

It also said vaccine manufacturers would be free to supply 50% of the doses to the State governments and in the open market for which they will have to make an advance declaration of the price before May 1.

Serum Institute of India announced a price of ₹400 per dose for its COVID-19 vaccine ‘Covishield’ for State governments and ₹600 per dose for private hospitals.