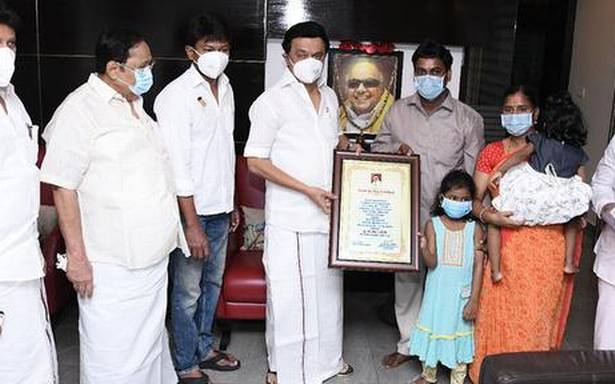 Jayakumar saved 47 children and their mothers following a fire accident

Chief Minister M.K. Stalin on Saturday appreciated Jayakumar, a nurse at the Government Kasturba Gandhi Hospital For Women And Children in Chennai.

He saved 47 children and their mothers during a recent fire accident at the hospital.

The Chief Minister invited Mr. Jayakumar and his wife Devika to the Secretariat on Saturday and honoured them.

When a fire broke out in the hospital on May 26, Mr. Jayakumar broke the windows and used fire extinguishers to put out the flames before the arrival of the Fire and Rescue Services personnel.

As many as 36 infants and 11 children, who were kept in incubators, and their mothers were saved due to Mr. Jayakumar’s actions, an official press release said.