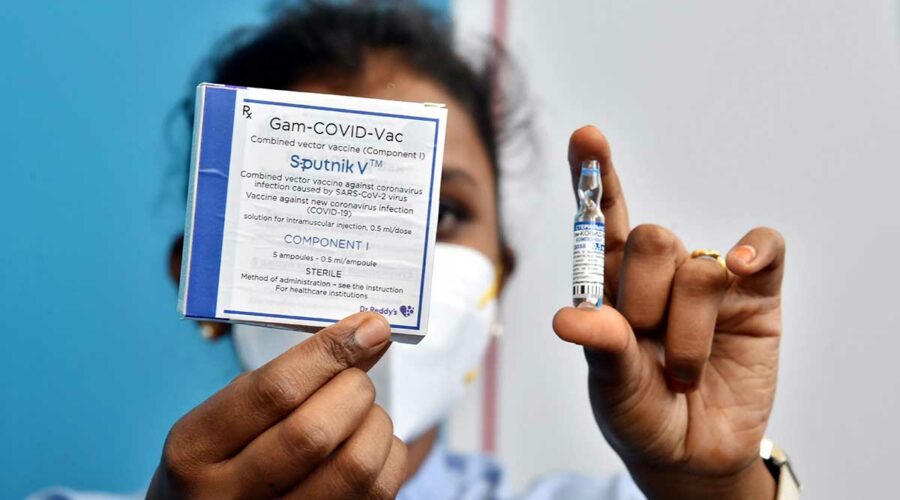 ‘A good 30 per cent of people will still get infected after getting the Covishield vaccine.’

Daily, we are bombarded with exhaustive details on how to navigate our stressful vaccination situations.

Information on what to do if we have not gotten our second Covishield vaccine.

Or our future if a second Covaxin is not available.

Or how Sputnik’s arrival all the way from Russia, on our horizons will surely brighten it.

Sage advice on the quickest and skillful way to book a vaccine if you are over 18.

The list of hotels you can check in at in Hyderabad and get at a cost, both a restful stay and a vaccine.

In the third part of an enlightening interview with Vaihayasi Pande Daniel/Rediff.com Dr Priya Sampathkumar, infectious disease expert, practicing at the world famous Mayo Clinic in Rochester, Minnesota, separates wheat from chaff as she sheds some light on the vaccines available, their efficacy and the right timetable. 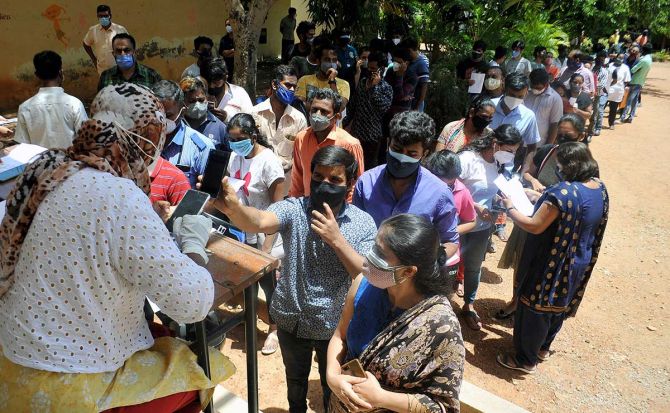 What is your assessment of the Sputnik vaccine? Because America has used so much of Pfizer and Moderna, doubts are still being cast on the efficacy of AstraZeneca.
Also because of vaccine shortages what happens if you are not able to get the second dose on time, like my husband?

I would love to talk about that.

AstraZeneca is roughly around 70 per cent effective at preventing infection. So, a good 30 per cent of people will still get infected after getting the Covishield vaccine.

Now, those infections, though, generally tend to be mild and the risk of dying from COVID-19, after vaccination, is roughly 2 per cent, regardless of the vaccine, so Pfizer Moderna, there’s a small risk of dying.

Similarly, with Covishield, there’s a small risk of dying — it doesn’t eliminate it, but it reduces it significantly.

You still need to mask and protect other people from getting a mild infection from you. 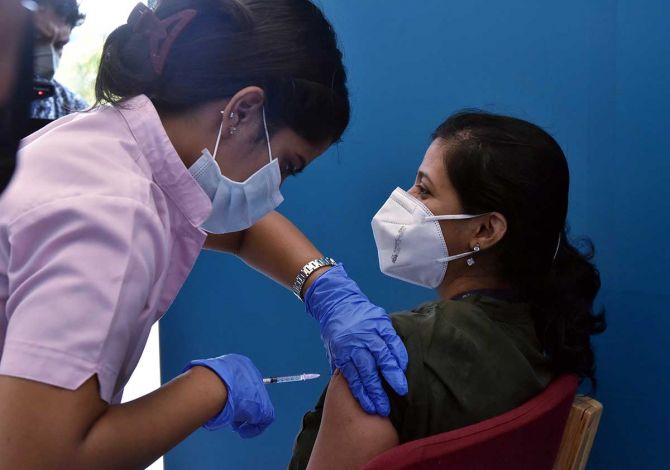 About the Sputnik vaccine?

It’s two different strains in Dose 1 and Dose 2, versus in AstraZeneca it’s a chimpanzee adenovirus — really minor differences, but the mechanism of action is the same.

I’m a little leery only because the study was only in Moscow, and I’m not sure how well the trial was conducted.

But it was published in a peer-reviewed journal — it was in The Lancet, a reputed journal. So, their data is at least reasonably sound.

The next question you had is, what about not being able to get the second dose. So, the Covishield vaccine was tried at different dosing intervals. And actually, the longer duration between the two doses was a little bit more efficacious.

So, you know that the Indian government first said (a second dose after) four weeks, and they went to six weeks, and now they’re saying, eight to 16 weeks and I think that is the right approach.

The UK government did exactly this. They said: Everyone gets first doses, then we’ll give you second doses when possible. And even with one dose, you get so much protection that their case counts dropped dramatically.

So, I think your husband will be fine. Waiting for the second dose, you don’t need to restart the series. The second dose is really a booster — it increases the duration of protection and doesn’t really increase the protection. In one of your tweets you stated how because of the precautions that were happening in America for COVID-19, the cases of influenza were not that high in the winter.
Can that be applied to India and other respiratory diseases in India like, like lowering TB infectivity rates, although, of course, India doesn’t have great mask protocol? But then again, I don’t think any country has that great mask protocol.

If there’s one silver lining to this whole thing — we had almost zero influenza during the flu season here. And for us flu is very seasonal. So, between November and February, if you wear a mask, I think we could we could all be safe from influenza.

And this is really important knowledge for us because our influenza — we have very high vaccination rates in for influenza in the US — but we still have deaths in some pockets of population and those are highly immunocompromised patients, patients after bone marrow transplants, patients getting cancer chemotherapy.

And we’ve always said: Well, you know, we just have to accept it because you can’t expect people to wear masks all the time.

But I really think maybe we can expect people around these cancer patients, people around the BMT (bone marrow transplant) patients to wear masks all the time. It’s for two or three months of the year. It’s doable. I think that has really been key learning for us.

And then in India, I think, yes, wearing a mask will definitely reduce the risk of TB. It doesn’t eliminate it because of the way TB is transmitted.

TB is truly an airborne infection, so (if you are infected with TB) you can breathe it out. And the TB bacteria will stay in the air in the room that you were in. And someone who comes into the room, up to an hour later could get infected with TB, even though you were not in the room then. So, it won’t eliminate it, but it will reduce TB transmission.

** Using an adenovirus, another kind of common virus, as a viral vector or tool to make vaccines for other infectious viruses