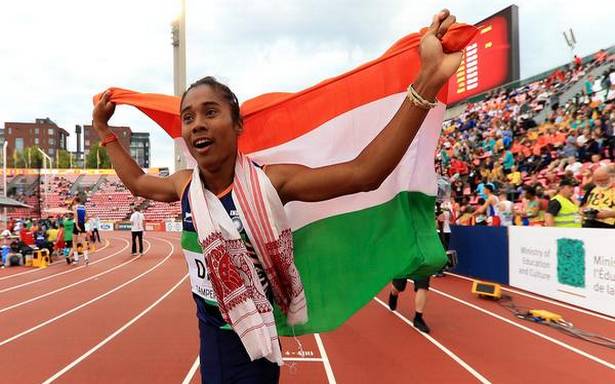 The ‘Dhing Express’ shuttled between the exam centre and her hostel so that she could train during her time off from studies.

Sprinter Hima Das, secured first division in the Arts and Humanities stream of the exams conducted by the Assam Higher Secondary Education Council. She secured a total of 349 marks out of 500 with letter marks (80 or above) in Assamese language.

The 19-year-old had appeared for the Class XII exam in February after a year’s gap, coming straight from her athletics training in Turkey. She gave her exam at the Dhing College in her hometown Dhing, about 120 km from Guwahati.

She chose to shuttle between the exam centre and the Sports Authority of India (SAI) hostel in Guwahati, instead of staying at home, to train whenever she managed time off from studies.

"We are happy with her academic performance. It is now time for her to give her best on the athletic track, which she was destined to pursue," said her father, Ranjit Das.

Hima’s academic feat followed a disappointment at the 23rd Asian Athletics Championship at Doha where she crashed out due to an injury.