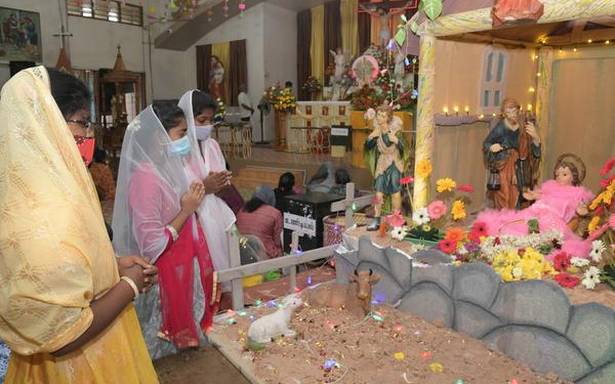 Special masses were conducted at CSI Brough Memorial Church at the Panneerselvam Junction. Also, masses were conducted on Saturday morning in churches across the district. People celebrated the birth of Jesus Christ by exchanging cakes and sweets. Churches, educational institutions, hotels, restaurants, bakeries, shops and establishments were decorated with lights.

People were wearing masks and hand sanitisers were given to them before entering churches.

In Salem, Christmas trees and cribs were seen at churches and establishments as mass prayers began just before the midnight on Friday and continued on Saturday morning. Stars, lights and candles lit up the churches as the festive spirit continued not only among Christians, but also among the common public.