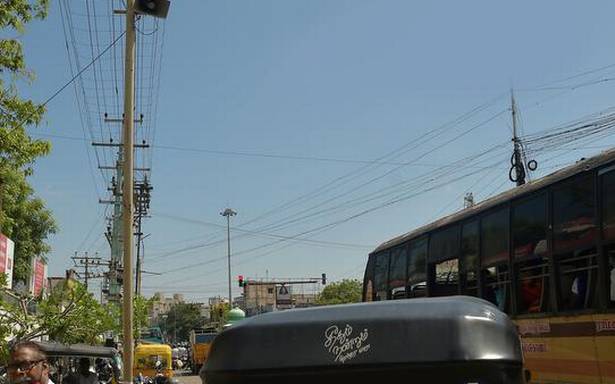 An initiative of Tiruchi police to alleviate stress of road users

Soothing music is being played at traffic signals at major junctions in an initiative of the city police to alleviate stress of the road users. The initiative has been introduced at four locations so far, and will soon be replicated in some other spots in the city, officials said.

Speaking to The Hindu, a senior city police official said that the Head Post Office signal on Bharathidasan Salai near Mutharaiyar statue, TVS Tollgate and Salai Road junction had been identified and instrumental music is being played through public address system, which the traffic police use to guide traffic flow. Popular numbers from films are among the tunes aired.

Police personnel noticed that people waiting in signals were either stressed during rush hour or weary during the evening and decided to use the music system to motivate and enthuse them, the official said.

Similar speaker systems are also being planned at 19 other locations in the city, they said, adding that the traffic signals in the city will not be places of stress, but that of relaxation.