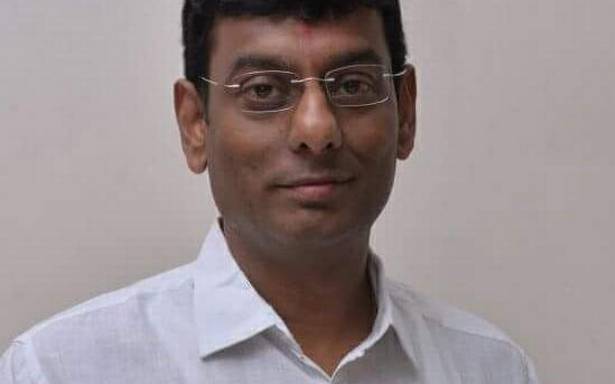 Despite constantly sparring in political circles over dynasty politics, family members of popular leaders have managed to get the ticket in all parties to contest the Legislative Council elections in Karnataka.

All three major parties are guilty of propagating dynasty politics in the elections scheduled for December 10 and at least a dozen candidates in the fray are linked to political families. In most cases, political careers of grass-roots workers in these constituencies are sidelined with elected legislators pushing their family members into the fray.

In Janata Dal (Secular), often described as the party of “fathers and sons”, the former Prime Minister H.D. Deve Gowda’s family will be witnessing the entry of the eighth person into electoral politics with the patriarch’s grandson Sooraj Revanna filing his nomination. He is the son of Holenarsipur legislator and former Minister H.D. Revanna, whose other son is a member of Parliament representing Hassan. Dr. Sooraj Revanna’s mother, Bhavani, was a Hassan Zilla Panchayat member.

The Congress has fielded a host of candidates who come from influential political families. Its candidate in Vijayapura–Bagalkot constituency Sunilgouda Patil is the brother of the former Water Resources Minister M.B. Patil. The party chose him over its four-time MLC and Leader of the Opposition in the Council S.R. Patil. Party’s candidate for Bidar, Bhimrao B. Patil, is the younger brother of Humnabad MLA Rajshekar Patil while its candidate in Raichur Sharanegouda Bayyapur is the nephew of Kushtagi legislator Amaregouda Bayyapur.

Interestingly, Mantar Gowda, Congress candidate in Kodagu, is the son of the former Congress Minister A. Manju, who switched over to the BJP. Tumakuru candidate R. Rajendra is the son of the former Congress legislator K.N. Rajanna. The party’s candidate in Belagavi Channaraja Basavaraja Hattiholi is the brother of Congress legislator Lakshmi Hebbalkar. S. Ravi, contesting from Bengaluru Rural, is the brother-in-law of KPCC president D.K. Shivakumar.

The BJP, which constantly attacks both the Congress and the JD(S) of propagating dynasty politics, is also not free of this trend. The former Chief Minister Jagadish Shettar’s brother Pradeep Shettar is contesting from Dharwad while D.S. Arun, son of the former Chairman of the Legislative Council D.H. Shankaramurthy, has been fielded in Shivamogga. The saffron party has replaced its member Sunil Subramani with his brother Suja Kushalappa for the Kodagu seat. They are brothers of Madikeri legislator Appachu Ranjan. The BJP has also fielded Prakash Khandre, from the politically powerful Khandre clan, in Bidar.

Asfaq Ahmed Madaki, a political activist and JD(S) leader, said, “Leaders may look at their children and relatives as their natural political heirs, but they rarely turn out worthy of such privilege. In the larger interest of the State, parties should not promote dynastic politics.”

Bheemappa Gadad, an RTI activist, pointed out that the dynastic politics discourages young and pro-people leaders from aspiring for positions in public life. “Dynasts do not need a fresh start. They grow because of the goodwill generated by their elders, and in the process, they neglect their public duties,” he said.

11/23/2021 India Comments Off on Sons, relatives make it big in list of candidates for Council polls
India