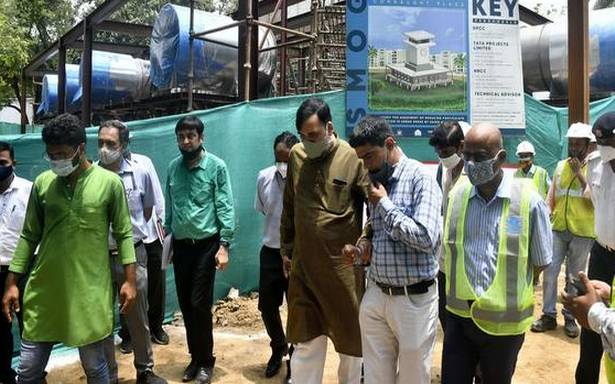 ‘Based on the success, more such structures will be built’

Delhi Environment Minister Gopal Rai on Thursday said that a smog tower being constructed near Connaught Place will be completed by August 15 and the experts will study the outcomes of this tower.

On January 13 last year, the Supreme Court had ordered the Delhi government to build a ‘smog tower’ at Connaught Place in the city by April 13 to control air pollution.

On the same day, the court had also ordered a smog tower to be installed in Anand Vihar by the Central Pollution Control Board (CPCB) by the same time. But, both the governments missed the deadline.

On July 29, the Supreme Court threatened contempt action against the Indian Institute of Technology (Bombay) on learning that the premier institution has opted to pull out of the court-ordered project to instal the smog tower. “We are making this tower on a pilot basis and based on the success of this work such towers will be built across the Capital. The work has been delayed due to the second wave of the COVID pandemic but today, I have directed to escalate the work,” said Mr. Rai.

“The total cost of this tower is ₹20 crore. The height of this tower is around 25 metre. It has a capacity of air purification of 1,000 cubic metres per second. The Delhi Pollution Control Committee (DPCC) of the State government is the nodal authority of making this tower. However, IIT, Mumbai, NBCC and Tata Project are also working jointly with the Delhi government to build this tower,” he added.