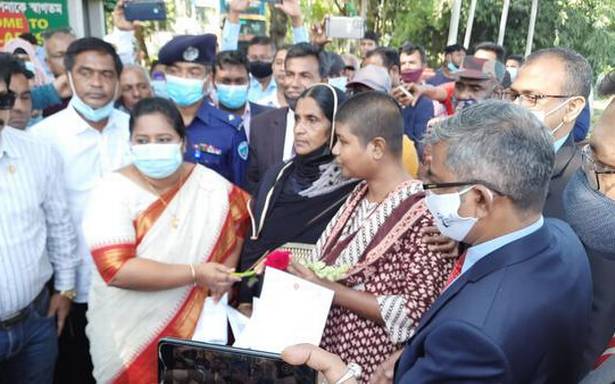 Earlier, two Bangladeshis, a man and a woman, were repatriated on March 13. Both had been lodged for some years at the Modern Psychiatry Hospital (MPH) located near the airport.

Senior diplomatic officials of India and Bangladesh officials were present at the send-off programme at the Agartala Integrated Check Post. Family members of the six returnees were also present.

Dr. Monica Debbarma of the MPH said that one of those returned included a person who had spent 10 long years in the hospital. Others had also spent a considerable period of time at the facility.

The Border Security Force (BSF) and the police annually detain hundreds of persons who enter Tripura from Bangladesh. They are mainly detained under the Passports Act.

A sizeable number of detainees, however, are found to be suffering from physiological disorders and fail to furnish details about themselves. They ultimately reach the MPH, the State’s only mental treatment and rehabilitation centre.

“We still have around 100 patients who were registered as Bangladeshis. Some of them have completely recovered but their families have not yet contacted our government,” Dr. Debbarma said.