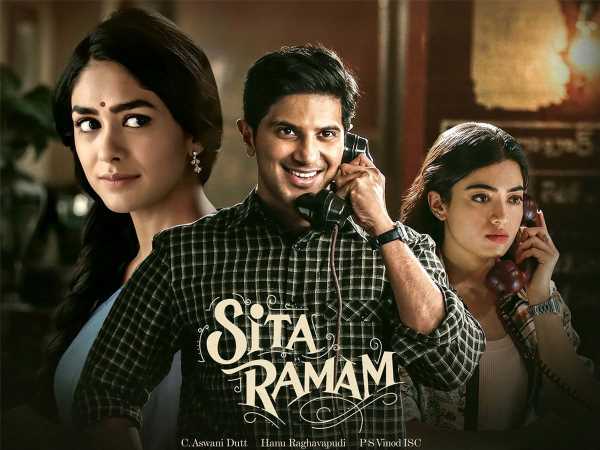 Sita Ramam Box office Collections: Malayalam star Dulquer Salmaan and Mrunal Thakur starrer  Telugu period  romantic drama Sita Ramam is having a solid run at the box office. The movie which also has Rashmika Mandanna  in the important role,  has already been called a hit by trade analysts. The Hanu Raghavapudi directorial was originally shot in Telugu, but it was dubbed and released in Tamil and Malayalam.  Now according to the makers by the end of Saturday, the movie  Sita Ramam has made $925K and is marching towards the $1 million mark. It is expected that Dulquer Salmaan starrer will touch the mark in a day or two.

Dulquer Salmaan  is playing the  role of a lieutenant officer in the Indian Army. The movie is set against the backdrop of Kashmir in the 1960s. Rashmika Mandanna is playing Afreen and Sumanth is also the part of this flick. Sachin Khedekar, Prakash Raj, Gautham Vasudev Menon,  and Bhumika Chawla are playing the important roles.  The positive word of mouth is so strong that the box office collections has been seeing a gradual incline.

Dulquer Salmaan and Mrunal Thakur starrer  Sita Rama is the only film in recent times which has got excellent reviews as well as blockbuster collections.

08/14/2022 India Comments Off on Sita Ramam Unstoppable in USA, marching towards one Million
India