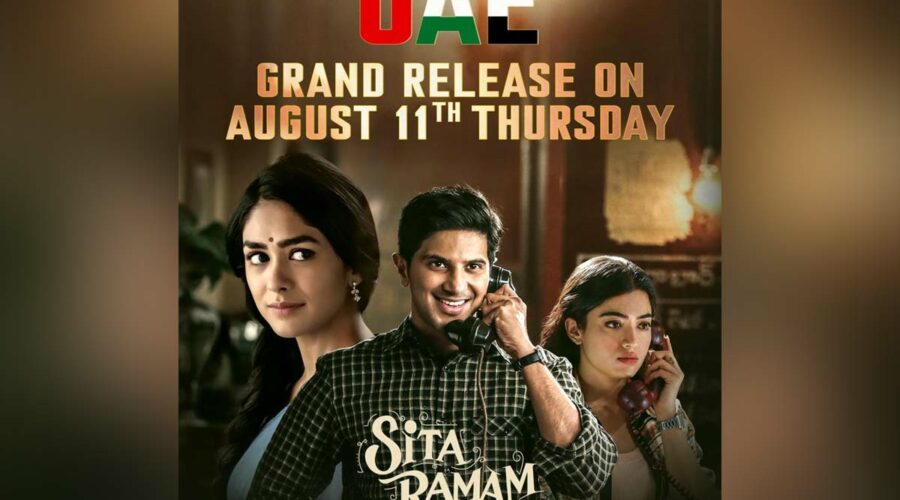 Sita Ramam starring Dulquer Salmaan, which was released on 5th August in a very grand manner, is running successfully at the box office. The movie has turned out a money spinner and  is about to become a huge blockbuster.  The romantic drama has Mrunal Thakur as the leading lady. The amazing chemistry between the lead pair, poetic storytelling and  soul-stirring dialogue made this film special. The only news that worried fans was the ban of Sita Ramam in the UAE due to religious issues. Now there is a good news for the fans of Dulquer Salmaan as the movie Sita Ramam has completed the censor in UAE and is gearing up for the grand release on 11th August.

Dulquer Salmaan has a fantastic market in these Gulf countries. His movie “Kurup” brought a large amount of income.

Malayalam star Dulquer Salmaan is essaying  the role of Lieutenant Ram whereas  Mrunal Thakur is  his love interest in the role of Sita Mahalakshmi.  Rashmika Mandanna is portraying the crucial role of Afreen.