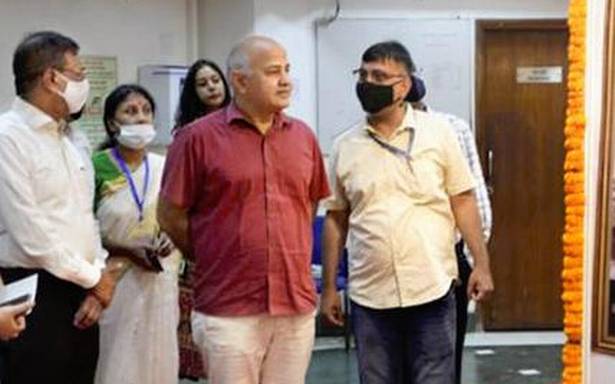 ‘It showcases the great fight put up by the freedom fighters’

An archival exhibition on the freedom struggle in Delhi was inaugurated at the Secretariat as part of programmes to celebrate India’s 75th year of Independence.

Deputy Chief Minister Manish Sisodia inaugurated the exhibition, which has been put together by the General Administration Department in collaboration with the Department of Delhi Archives, Govt. of NCT of Delhi. He said: “The exhibition is a showcase of the vibrant history Delhi has, and the great fight put up by our freedom fighters for an independent India. The path to peace and non-violence enshrined by Mahatma Gandhi will continue to be a great learning for all of us for years on.”

The exhibition showcased events of India’s freedom struggle in Delhi starting from the first war of Independence in 1857 up to 1947. The displays take visitors on a journey from the genesis of the freedom struggle in Delhi and the rising dislike for the East India Company’s rule. The exhibition displays the history of Delhi, showcasing the works of freedom fighters, especially Mahatma Gandhi’s struggle for peace and non-violence.

The visuals showcase the role played by teachers, students and women from Delhi in the freedom struggle and the religious unity during the period. It also showcases how students from St. Stephen’s College, Hindu College and Indraprastha Girls College were a part of the struggle.