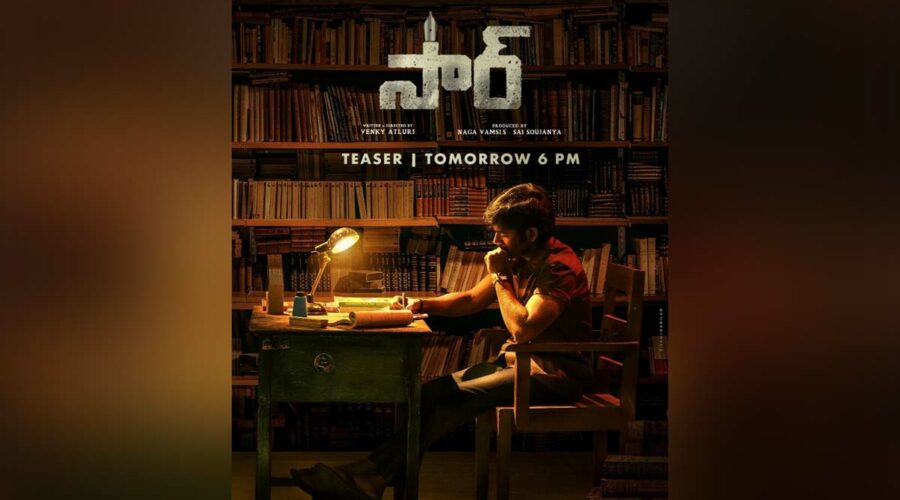 The first look poster of  Dhanush‘ starrer  upcoming bilingual film Vaathi in Tamil, and Sir in Telugu, is out now. Sharing a poster from the film, the makers confirmed that teaser will be out tomorrow at 6 pm. Taking to social media, makers of the film shared the announcement  and the  caption on the post read, ” Here’s the first look of versatile @dhanushkraja in & as #Vaathi / #SIR #VaathiFirstLook / #SIRFirstLook Teaser out tomorrow at 6pm! #VaathiTeaser #SIRTeaser.

Coming on the first look poster of Sir/ Vaathi, Dhanush is seen studying some books in a library under the lighting of a table lamp. His biceps gives an indication that the film is loaded with action episodes.

Besides,  the Kollywood star Dhanush was recently seen in Russo Brothers’ The Gray Man, alongside Hollywood stars Ryan Gosling and Chris Evans.  He essayed the role of the lone wolf, Avik San. The Gray Man released in the theatres on 22 July and it  is also available for streaming on Netflix.