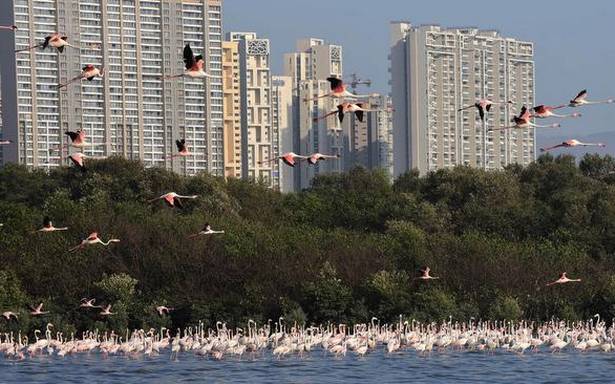 Over hundred square km of waterways and agricultural land lost.

A study assessing satellite data over 30 years (between 1990 and 2019) on identifying critical impacts of coastal inundation along Mumbai Metropolitan Region (MMR) and Konkan region has found siltation at the mouth, causing shrinking width of creeks and waterways.

It indicates that a total area of 107.6 square km of waterways and agricultural land has been lost and naturally converted into mudflats or mangrove areas in MMR due to rapid changes in the coastal ecosystem over the last 30 years.

The report predicts the possibility of excessive flooding in MMR if corrective measures are not taken.

“The shrinking creek is not good for a city because the drainage capacity during monsoon will reduce significantly leading to excessive flooding for this region. Once it becomes shallow, the water carrying capacity of the creek will be reduced. As a result, during heavy rains and high tide water will enter the city spaces even with a subtle increase in sea level rise scenario,” said Deepak Apte, Executive Director of Srushti Conservation Foundation (SCF), a Pune-based non-profit organisation that undertook the study.

The National Centre for Coastal Research (NCCR) under the Ministry of Earth Sciences, along with the Brihanmumbai Municipal Corporation (BMC), last year developed an Integrated Flood warning system called i-flows for Mumbai for flood mitigation during monsoons and extreme events.

“The expertise of NCCR could be utilised for drawing a comprehensive plan for conservation /restoration ecosystem using scientific study and also to prevent the impact of sea-level rise, which is of serious concern for the island city of Mumbai and adjoining areas,” Dr. Apte said.

SCF is building satellite datasets for 15-20 locations across the Maharashtra coastline over this year to bring out a comprehensive report. Incursion of saline water and emergence of mangroves on agricultural (paddy fields) landscapes, for example, in Karanja area of Uran has led to a 4.5-fold increase in mangrove area by formation of creek-lets and saltwater invasion across 60.6 sq. km of cultivable area replaced by mangroves.

06/05/2021 India Comments Off on Siltation affecting width of waterways in Mumbai: study
India