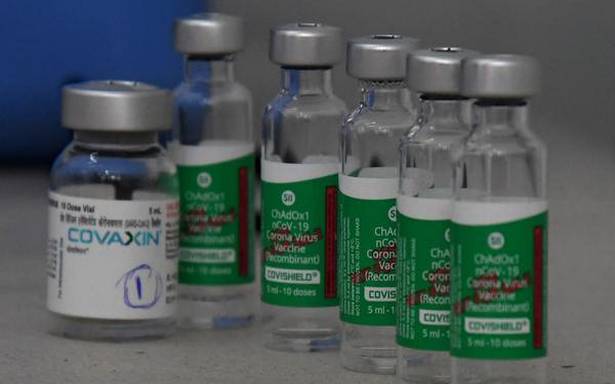 He criticises govt’s export ban on vaccine, but lauds it for cutting red tape

Serum Institute of India (SII) founder Cyrus Poonawalla on Friday expressed strong disapproval of any move to mix COVID-19 vaccine doses. He stated categorically that it was wrong to make “a cocktail of vaccines” by mixing Covishield and Covaxin.

Dr. Poonawalla, who is the Chairman and Managing Director of the Cyrus Poonwalla Group, which includes the SII, also criticised the Central government for its ban on exporting vaccines. At the same time, he commended it for cutting through the bureaucratic red tape in securing permission for manufacturing vaccines while recalling the onerous delay the vaccine industry had to face in the past during the ‘permit raj’ era,

“It is very wrong to make a cocktail of vaccines. Such a mixing is not at all proven in field trials…in the event something goes wrong, there could be a blame game between the two vaccine makers with each finding fault with the other’s vaccine,” he said at an award function here.

His remarks come on the heels of the Drugs Controller General of India (DCGI) green-lighting a study to be conducted on the mixing of Covaxin and Covishield. The study will be conducted by the Christian Medical College (CMC), Vellore, with a trial involving 300 healthy volunteers, Dr. V. K. Paul of the Niti Aayog had informed earlier this week.

Dr. Poonawalla further said Covishield would not be administered to children below 18 years as it was dangerous.

The SII founder was honoured with the prestigious ‘Lokmanya Tilak National Award 2021’ by the Lokmanya Tilak Smarak Trust in the presence of former Union Home Minister and Maharashtra Chief Minister Sushilkumar Shinde in the city’s Tilak Maharashtra Vidyapeeth.

On the ban on vaccine exports, he said: “The Modi government did not do right by taking this decision. My son [SII CEO Adar Poonawalla] had told me not to open my mouth on this topic…however, I think the export ban must be lifted as other countries in the world also need vaccines. To date, the Serum Institute has been providing vaccines to 170 countries around the world. But now, we have a situation where we cannot provide them with vaccines when needed. Advance money has also been taken from them.”

“The Serum Institute was founded in 1966 the morning after my marriage with Villoo, my dear late wife, to whom I dedicate this award. Fifty years ago, the industry had to face hardships in getting basic facilities like power, water, in getting permissions from bureaucrats. It had to face harassment from bureaucrats…Transport and communication were also great problems and challenges that were faced by my staff and fellow directors. It was a long journey and a very painful one, but which has now become very rewarding. I had to fall at the feet of bureaucrats and drug controllers to get permissions. But I must stress that such difficulties and ‘red-tapism’ are much reduced now under the Modi government,” he noted.

Wryly remarking that there was no need for ‘maska polish’ now, he said one of the major reasons the SII could trot out its vaccine so quickly was the promptness in securing permission from the Centre and the general spirit of encouragement to industries.

“We have got a drug controller, which responds in the evening even after the office hours,” he observed.

Ruling the possibility of completing the vaccination drive in the country by December, he said that while politicians were clamouring for such a result, it was a daunting task to accomplish on ground.