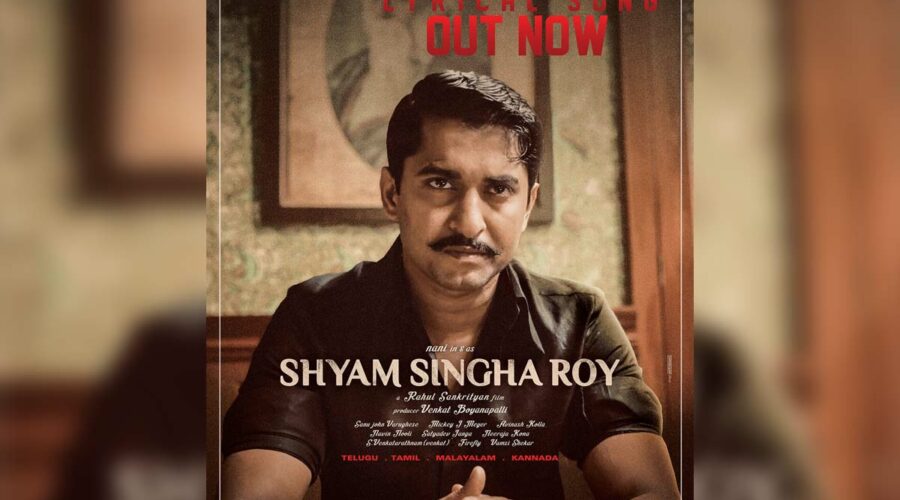 The makers of Nani’s upcoming film, Shyam Singha Roy have unveiled its first single- Rise of Shyam, which looks powerful. It is a revolutionary number that unfolds the role of Shyam. The first song is sung  by Vishal Dadlani, Anurag Kulkarni and Cizzy.

Composer Mickey J. Meyer has added cool beats for this number. Krishna Kanth has penned the lyrics. Nani starrer is set in the backdrop of Kolkata, and is based on reincarnation.

The music lovers are showering the praises on this song. One of the netizen named Priyanshu Roy said: Never thought there will be a bengali rap in a telugu song. So much excited for this movie  Being a Bengali it means so much to me . Another netizen said: Nani always get the impressive songs from any music director he worked with. A fans wrote: This has to be the best lyrical release of this year for TFI, NANI sir is something different, a man with god gifted acting charisma, blends perfectly in bengali looks kudoos boss.

In Shyam Singha Roy, Nani is playing the key character alongside  Fidaa fame Sai Pallavi,  Uppena fame Krithi Shetty and Madonna Sebastian. The movie will hit the big screens on 24th December, 2021 on the occasion of Christmas. The flick is set in the backdrop of Kolkata, and is based on reincarnation.