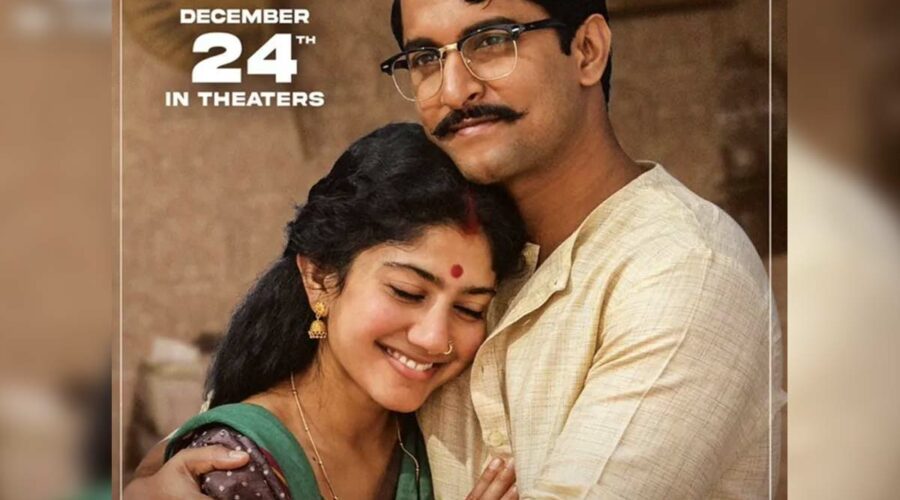 Shyam Singha Roy Collections: Shyam Singha  Roy starring  Nani and Sai Pallavi has finally hit the theaters on 14th December and it is winning the hearts of the movie lovers. It is all about the story of Vasu (Nani) who  is a young filmmaker who has resigned from a cushy software job in hopes of pursuing his passion.

He decides to make  a short film, he stalks Keerthy (Krithi Shetty). She’s a psychology student and knows nothing about acting but he wants to cast her as a lead at any cost. He soon finds himself accused of plagiarism with a psychologist (Leela Samson). Nani is playing the double role in this film.

The film Shyam Singha Roy is said to have collected Rs 4-6 Cr on day 1 at the  box office of both Telugu states- Andhra Pradesh and Telangana. Though an official confirmation regarding the collections of Nani, Krithi Shetty and Sai Pallavi starrer is yet to be made by the makers, fans and followers of Nani are expecting the film  will  turn out a hit at the box office.

On the otherside, the movie Shyam Singha Roy is also competing with Allu Arjun and Rashmika Mandanna  starrer Pushpa, which was released on 17th December.