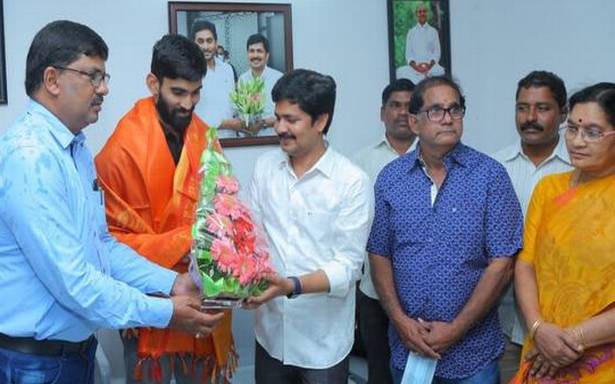 After the State government offered to allot land to Srikanth Kidambi for setting up a badminton academy in Tirupati, the ace shuttler initiated the process of identifying the land.

Mr. Srikanth, who reached Tirupati along with family members on a pilgrimage on Friday, called on MP M. Gurumoorthy at his camp office and discussed his plans for the academy and sought the latter’s support. While thanking the Chief Minister for the offer, Mr. Srikanth likened his proposed academy to the Pullela Gopichand Badminton Academy. “I want my academy to be developed on an international platform so as to meet the coaching needs of aspirants,” he told the media. The sportsman said he had recovered from his previous injuries and is now aiming a gold medal at the World Badminton Championship slated for next year.