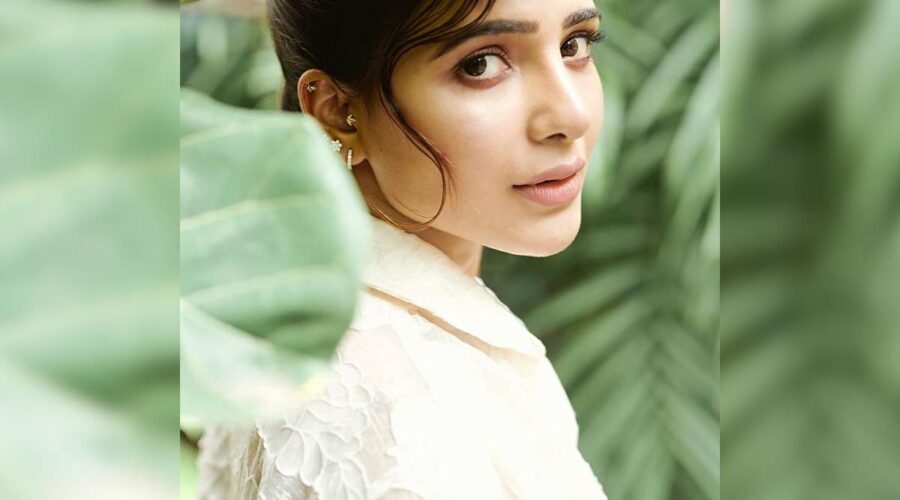 Two months after Akkineni Nagachaitanya-Samantha divorce was announced, the issue is still a hot topic. It is unknown at this time what he will do after leaving the post. But Chaitu and Samantha did not respond to this. Saying goodbye to their three-year marriage, the couple announced on social media on October 2 that they were getting divorced.

However many have blamed Samantha for this. She was badly trolled on social media. Some are still targeting her.Recently, a netizen spoke ill of Samantha as a divorced second hand item. He tweeted that his father had stolen Rs 50 crore from a gentleman (Nagachaitanya). This comment was seen by Samantha. She reacted immediately.

She reacted in her own style ‘May God bless you abundantly’ . Currently a tweet related to DME is going viral on social media. Her fans are supporting Samantha that she does not need to respond to such comments.Samantha appeared in an item song in the recently released movie ‘Pushpa’. This beauty is currently starring in the movie ‘Yashoda’.

Actors like Varalakshmi Sarath Kumar and Unnimukundan are playing the lead roles in this. Along with this film, Samantha has a bilingual film as well as an international project.

5 Times Samantha made headlines in 2021