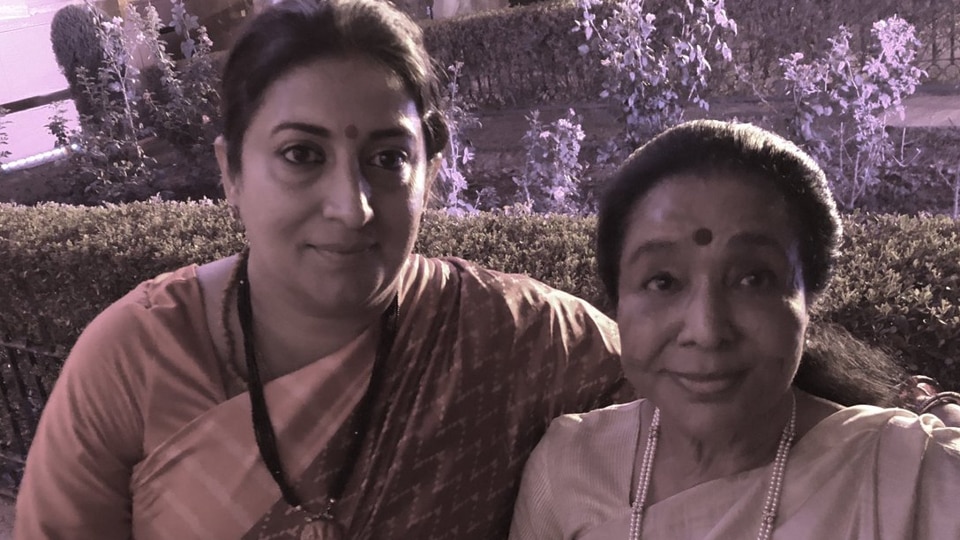 Singer Asha Bhosle was one of the many celebrities who attended the oath-taking ceremony of Prime Minister Narendra Modi on Thursday. She later shared a heart-touching post about her experience post the ceremony.

Tweeting a picture where she can be seen posing with Smriti Irani, she revealed that the newly-elected BJP MP from Amethi helped her reach home safely, considering the ‘crazy rush’ post the ceremony.

“I was stranded in the crazy rush post PM oath ceremony. No one offered to help me except @smritiirani who saw my plight & made sure I reached home safely. She cares & that’s why she won,” Asha said.

Narendra Modi, who got a massive mandate in the recently concluded general elections, took oath as Prime Minister again for a second consecutive term inducting confidant and BJP president Amit Shah into his Cabinet along with the surprise inclusion of former Foreign Secretary S Jaishankar, while retaining most of his earlier Cabinet ministers and dropping seniors like Suresh Prabhu, Maneka Gandhi and Radha Mohan Singh.

05/31/2019 India Comments Off on ‘She cares that’s why she won’: Asha Bhosle on Smriti Irani who helped her in post-oath rush
India