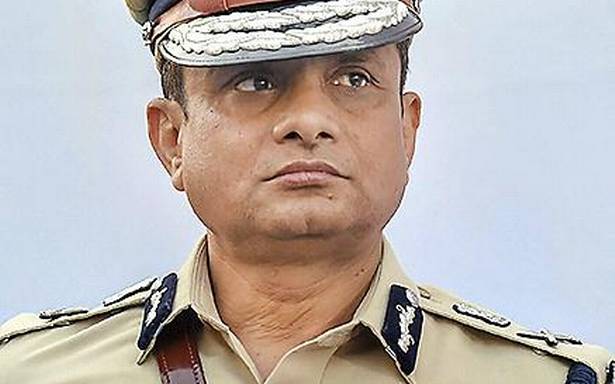 SC not to hear his plea to extend protection this week

In a setback for former Kolkata Police Commissioner Rajeev Kumar, the Supreme Court Registry on Tuesday informed him that his urgent plea to extend his protection from arrest in connection with the Saradha ponzi scam case would not be heard this week.

Mr. Kumar was granted seven days’ protection, from May 17 onwards, to facilitate him to seek any legal relief, including anticipatory bail. But he had returned to the apex court on May 20 with an urgent application for an indefinite extension of protection.

He had said the courts in West Bengal were not functioning due to a lawyers’ strike and he was unable to approach any for legal relief. He had sought the apex court to provide him with indefinite protection from any coercive action, including arrest or custodial interrogation, until the strike was over and the courts resumed.

A Vacation Bench of Justices Indira Banerjee and Sanjiv Khanna on Monday had asked Mr. Kumar’s lawyer to approach the Registry for urgent listing as the seven days’ grace would be over on May 24. Besides, the Vacation Bench had said his plea could be heard only by a three-judge Bench.

Now, with his plea not likely to come up this week, Mr. Kumar is in a quandary.

On May 17, a three-judge Bench led by Chief Justice Ranjan Gogoi had withdrawn a four-month-old order staying any attempt at coercive action, including arrest, against Mr. Kumar. The February 5 stay order asked the CBI to stand down while directing Mr. Kumar to travel to Shillong and co-operate with the agency.

However, the acrimony between Mr. Kumar and the CBI had soured the questioning session, with the agency informing the court that the police officer met their questions with “silence and arrogance”.

In an eight-page order on May 17, authored by Justice Khanna, the court had decided not to protect Mr. Kumar any longer. It had further left it open to the CBI to “act in accordance with the law”. However, the court gave him seven days from May 17 to approach a competent court and seek suitable legal relief like anticipatory bail.

The CBI claims to have “substantial material” implicating Mr. Kumar in acts of connivance and complicity to favour the principal accused persons in the Saradha scam.