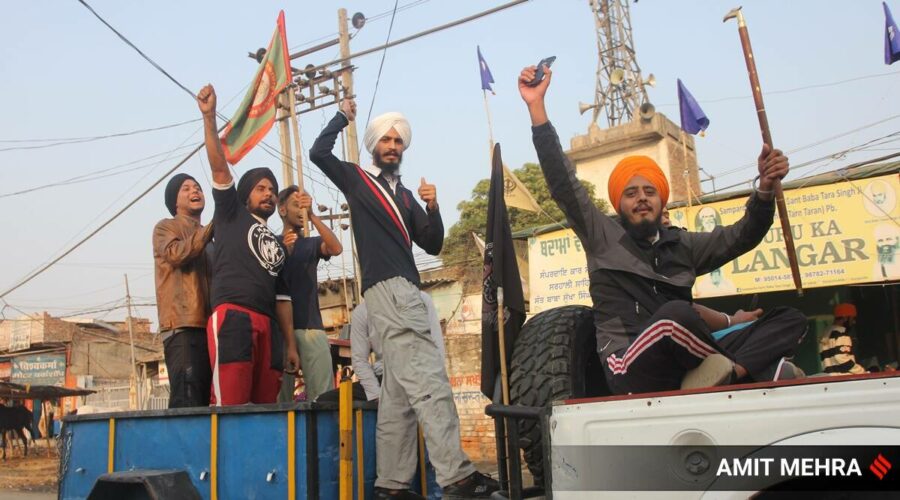 Manraj Grewal Sharma writes: It has thrown light on the crisis in agriculture, and made farmers aware. State, unions must tap the energy, build new future The lush green fields of Punjab, the impressive mansions in villages, the togged up people, the muscular SUVs, the shiny tractors, the peppy music, all hide a quiet desperation, a sinking feeling. The farm agitation was born out of this existentialist crisis facing the Punjab farmer. It is ironic that the reformist farm laws (albeit with some flaws) passed by the central government without consulting the stakeholders proved to be the tipping point, uniting the ideologically divided unions and setting off one of the longest and emotionally charged agrarian agitations of independent India.

Unbeknown to many, the first red flag was raised by labourers from Bihar, many of them small landowners, who pointed to the yawning gap between the handsome minimum support price (MSP) reaped by the Punjab farmers and the pittance they got from private traders since the closure of wholesale mandis in Bihar in 2006. In village after village, seething with anger against the “kaale kanoon”, women who came into their own in this agitation would tell you how the “bhaiya” working in their fields told them they would be reduced to labouring for others if they let corporates rob them of the MSP assured by the government.

The movement not only brought together landowners and landless labourers but also the arhtiya or the middleman, much reviled for his extortionist interest rates, and traders dependent on the rural economy. It also united the farmers of Punjab and Haryana.

Such was its appeal that it even resonated in Chandigarh, a modern city infamous for its cold neighbourhoods. Suddenly, the biggest roundabout of City Beautiful was awash with youngsters, some of them from tony schools whose only link to agriculture was Punjabi pop, waving flags in favour of farmers. Popular actors and singers gave words to the angst of the farmer, raising the pitch at protest sites and drawing in youngsters, who, in their pursuit of pastures abroad, were increasingly estranged from the fields.

Seeing the “prosperity” at the Singhu border, some sections sought to paint it as an agitation of big landlords, but this is far from the truth. With 1.53 per cent of land share in the country, Punjab is a small state with 70 per cent farmers having a landholding of fewer than five acres. Land is their pride, their very being. Nothing illustrates it better than the suicide in February this year by a farmer from Tanda, who had remained the village sarpanch for 25 years. He and his son took their lives for the fear of losing the land they had mortgaged to a cooperative society for Rs 4 lakh. A recent study found that all those who died during the agitation owned less than 2.5 acres of land.

When the farm bills were first introduced in June last year, word spread that these would herald the end of the MSP regime that kept the farmer afloat. Further, they appeared to tilt the scales towards corporates while robbing the farmer of his right to approach the courts.

Since 1965, when the Green Revolution introduced Punjab to high-yielding varieties of wheat and paddy, the state’s farmers have embraced these two crops. While the planners had envisaged diversification and a robust food processing industry in the years to come, nothing happened on the ground as farmers worked hard to reap record-breaking harvests from the vicious wheat-paddy cycle. Successive governments — office has alternated between the Congress and the Akali Dal-BJP combine — have failed to address the looming crisis. The water table has dipped to the point of desertification. Soil health is poor, and the air is polluted. Political parties, which have institutionalised sops such as free water and electricity instead of taking constructive steps to reform agriculture, can’t escape the blame for the present crisis. It’s perhaps one reason why union leaders did not let any politician set foot on their stage.

Once the most prosperous state of the nation, Punjab has been slipping consistently. Today, its per capita income is Rs 1,15,882 — 0.16 per cent lower than the national average of Rs 1,16,067. Once known for its overseas remittances, now it’s seeing an outflow of funds as youngsters across the state — and not just in the region of Doaba — scramble to pursue studies abroad.

The agitation has shone the light on the structural crisis in farming. The year gone by saw a lot of debate and discussion at protest sites as farmer activists translated scholarly articles into Punjabi and Hindi. The protests on the Delhi borders became a magnet for farmers from across the nation leading to a cross-pollination of ideas. The newly aware farmer now talks about remunerative prices, village knowledge centres, the power of cooperatives, and how the introduction of millets and cereals in the PDS could help him.

It has also given new confidence to farmers about the power of mobilisation. Haryana is already seeing farmers unite on civic as well as law and order issues. Punjab is no different. Local politicians complain about how increasingly belligerent farmers band together over minor issues. It’s a delicate situation that needs delicate handling.

While the agitation may have united the farmers, it’s made investors wary of the state, which bodes ill for promoting non-farm income, key to alleviating farm distress.

The agitation also has implications for the upcoming assembly polls in Punjab. The candidates in the coming elections are likely to face a more questioning electorate. With the repeal robbing the parties of their main poll plank, they will have to go beyond the traditional sops to more creative solutions such as market intervention schemes and price stabilisation funds for farmers.

There is no dearth of solutions to farm distress. S S Johl, eminent agronomist and a former vice-chancellor of the Punjab Agricultural University, whose suggestions have been implemented in countries such as China and Iran, has filed two reports on agriculture in Punjab, but no party has cared to implement them. Much is spoken about the 2006 MS Swaminathan report, but little has been done to implement it.

Will the unions, who have so successfully steered the farmers, help the government find a way out? They have before them a golden opportunity to bridge the divide between policy and practice and usher in reforms with minimal pain to the small farmer and drive him out of despair.

This column first appeared in the print edition on November 23, 2021 under the title ‘The Punjab opportunity’. [email protected]