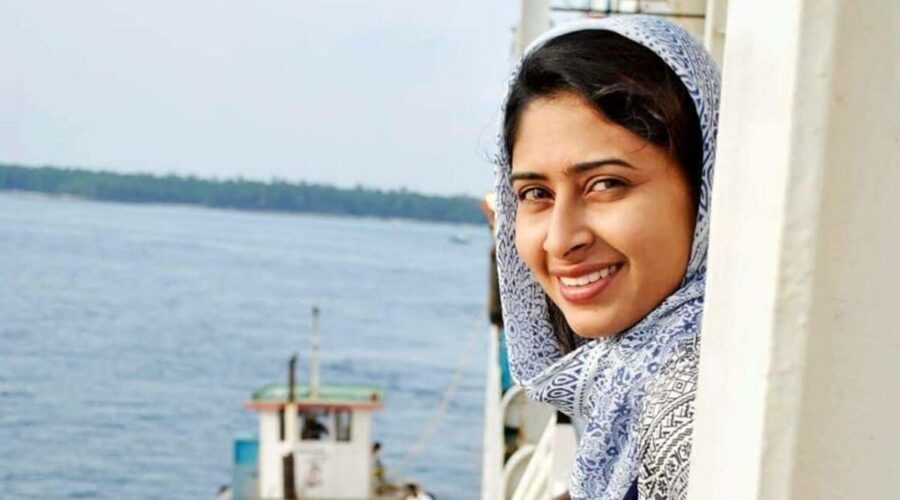 Sultana, who has become a face of Lakshadweep’s protests against a slew of draft proposals mooted by Administrator Praful K Patel for the “development” of the islands, had alleged that Centre had used Covid-19 as a “bio weapon” against the people of the archipelago. Kerala High Court on Friday granted bail to filmmaker Aisha Sultana, who is facing charges of sedition over her remark that the Central government had used a “bio weapon” against Lakshadweep.

Sultana, who has become a face of Lakshadweep’s protests against a slew of draft proposals mooted by Administrator Praful K Patel for the “development” of the islands, had alleged that Centre had used Covid-19 as a “bio weapon” against the people of the archipelago.

Granting bail to Sultana, a bench of Justice Ashok Menon said prima facie, the offences alleged by the prosecution are not attracted. “The ingredient for establishing the offence of sedition under Section 124-A IPC is the doing of certain acts which would bring the Government established by law in India into hatred or contempt etc. In this case, there is not even a suggestion that the applicant did anything as such against the Government of India.”

Referring to the penal provision of IPC Section 153-A (promoting enmity and doing acts prejudicial to maintenance of harmony), slapped against the filmmaker, Justice Menon said that “it is doubtful whether the penal provisions of S.153-A would be attracted in this case”.

The court said the petitioner has opposed the newly introduced reforms by the Administrator and has sworn allegiance to the people of Lakshadweep in their protest to the reforms. “There is no apparent indication in her statement, which amounts to imputations or assertions prejudicial to the national interest, nor does it propagate any class of persons against another group of persons.”

With regards to the sedition charge, the court said, “Prima facie, the applicant did not have a malicious motive to subvert the government established by law by merely using the strong word ‘bio weapon’ to express her vehemence in disapproval of the subject under discussion. Her intention is explicitly in criticism of the modification of the SOP, introduced by the Lakshadweep administrator.”

Sultana had made the comments during a debate on Malayalam channel MediaOne TV on the recent reforms and change of Covid-19 SOPs. She said, “I can clearly say that the Centre has used bio-weapon in the island…”

She later clarified that what she intended to say was that the Centre was using administrator Patel as a “bio weapon” on the islands.