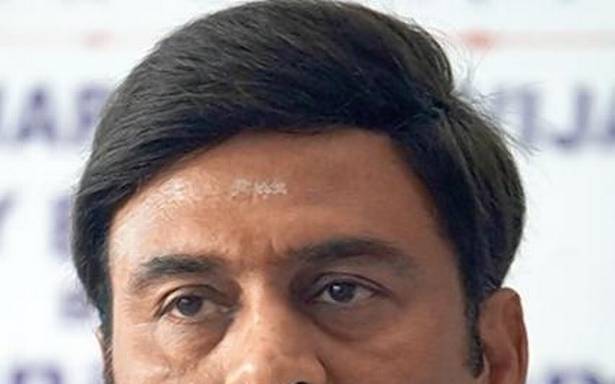 The YSRCP leader, a vocal critic of his own party and government, has argued that the sedition charges were framed against him to silence him

The registration of a sedition case and arrest of Narasapuram MP and YSRC party leader K. Raghurama Krishnam Raju was not a "knee-jerk reaction", the Andhra government told the Supreme Court on Wednesday.

Mr. Raju has been consistently and deliberately abusing his reach and authority as a public person to create disaffection between castes and communities in the State. His words and action have actually triggered violence. His intention was to excite disaffection among the people against the State government.

The State cannot be expected to wait with folded hands till an actual complaint was filed against Mr. Raju, the Jaganmohan Reddy government countered in the Supreme Court.

The State’s response to Mr. Raju’s appeal to the apex court for bail in the sedition case came in a 119-page affidavit. The affidavit was filed late on Wednesday.

Mr. Raju, a vocal critic of his own party and government, has argued that the sedition charges were framed against him to silence him. The MP, represented by advocate Tatini Basu, appealed to the apex court to protect his fundamental right of free speech.

"There has been a consistent and a deliberate attempt on part of the petitioner (Raju) to create and excite disaffection towards the State government by creating a wedge between various classes and citizens," the State represented by advocate Mahfooz A. Nazki, claimed.

"The State was constrained to initiate appropriate action only when it realised that the words and actions of the petitioner (Raju) were manifesting in actual violence across the State of Andhra Pradesh and were creating disharmony within various classes of citizens… His statements were widely circulated on the social media and were having serious consequences on the ground and people were resorting to violence against each other," Andhra government said.

The State said a bare viewing of numerous videos widely shared on social media would make it explicitly evident that his statements were made in "furtherance of a deliberate design and a conspiracy hatched by several individuals including the petitioner to create unrest in the State by dividing people on the basis of caste and religion".

Though every citizen, much less an MP, has an inalienable right to criticise the government, "such a right cannot extend to creating a situation where public order is disturbed".

Finally, the State invoked the bail pleas of other leaders and activists like Hardik Patel, Akhil Gogoi, Gautam Navlakha and Sudha Bhardwaj to argue that the apex court had never intervened in such cases before the lower courts had an opportunity first to consider them on merits.