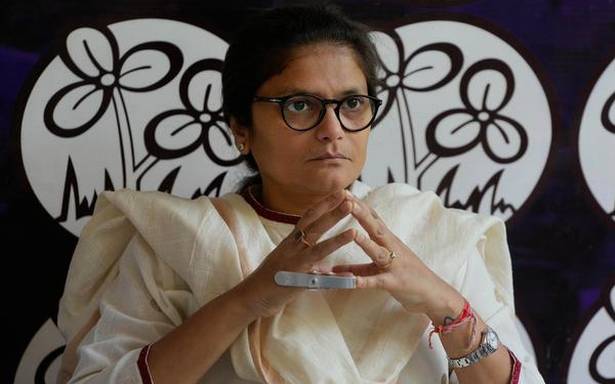 The Trinamool Congress and other Opposition parties hailed the Supreme Court order delivered on Thursday that directed the Tripura Government to ensure political parties are not prevented from conducting programmes in a peaceful manner. A division bench comprising Justices D.Y. Chandrachud, Surya Kant and Vikram Nath passed the order in a petition filed by TMC Rajya Sabha MP Sushmita Dev.

In her petition, Ms. Dev alleged relentless violence against her party members and sought protection for them during the entire exercise of the polls to the Agartala Municipal Corporation (AMC), 12 municipal councils and seven nagar panchayats slated for November 25.

The bench said it expected that arrangements would be made by the State Government and the DGP. It said no party should be prevented from pursuing its rights in accordance with the law.

Ms. Dev, who has been camping in Tripura since joining the TMC, said it will now be the responsibility of the State police to protect the leaders and the members of the Opposition parties.

She complained that the residences of a number of poll candidates were attacked and ransacked and family members beaten up over the past few days across the State. She held hooligans allegedly linked with the ruling BJP responsible for the incidents.

The BJP denied the allegations. Party spokesperson Nabendu Bhattacharjee termed the complaints “wild and ridiculous” and charged the TMC with trying to remain afloat as it has no support base in Tripura.

The CPI(M) said, “It [Supreme Court order] will at least make the police to act in incidents of attacks and vandalism by the BJP”. Senior party leader Pabitra Kar said several Left Front candidates were compelled to withdraw from the contest under duress.

The BJP has already won seven municipal bodies uncontested. Elections will be held for only 13 bodies including the AMC. The CPI(M)-led Left Front has failed to put up candidates in all the 51 seats of the AMC while the BJP and the TMC are contesting all seats.