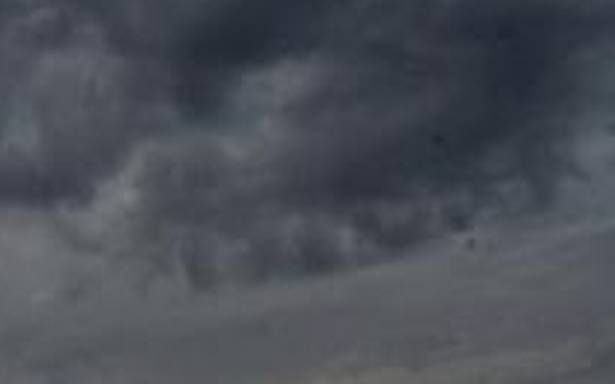 On Saturday, coastal districts may have heavy rain in one or two places: IMD

A trough running from Rayalaseema to Comorin area may influence scattered rainfall over the State for three or four days. The Meteorological Department has forecast that 10 districts are likely to receive isolated heavy rain on Friday.

The weather system and convective activity together may favour light to moderate rainfall over a few places in the State and Puducherry. Heavy rain may lash one or two places in districts such as the Nilgiris, Theni, Namakkal, Tiruchi and Salem on Friday. Wet weather is likely to prevail over the State till Tuesday, according to IMD.

Places like Chennai may escape humid weather during the day as the maximum temperature is likely to be normal and around 34 degree Celsius till the weekend.

Chennaiites woke up to a clement weather on Thursday following overnight rain in some places.

7 cm of rainfall in Melur

Melur in Madurai district registered highest volume of 7 cm of rainfall during the past 24 hours ending 8.30 a.m. on Thursday.

On Saturday, coastal districts may have a chance of heavy rain in one or two places before rainfall activity shifts to other districts such as Coimbatore, Tiruppur and Dindigul on Sunday. There may be a drop in rainfall over Tamil Nadu after Monday.

S. Balachandran, deputy director general of meteorology, Chennai, said the low pressure area likely over northeast Bay of Bengal and neighbourhood around Friday evening may not have a direct impact on the State. But the presence of weather systems would strengthen westerlies and aid in thunderstorm activity.

The State has received an overall rainfall of 36 cm, which is 20% in excess of its average rainfall so far this monsoon and September rainfall has helped bring down deficit considerably, he said.

Meanwhile, the department is also preparing to install two more high-speed wind recorders in Nagapattinam and Puducherry before the onset of northeast monsoon.

There are plans to install another such instrument in Thoothukudi to get uninterrupted data on wind speed and direction.

Chennai would soon get one more automatic rain gauge in Maduravoyal to strengthen the urban observational network, Mr.Balachandran added.

09/25/2021 India Comments Off on Scattered rain over T.N. to continue till Monday
India