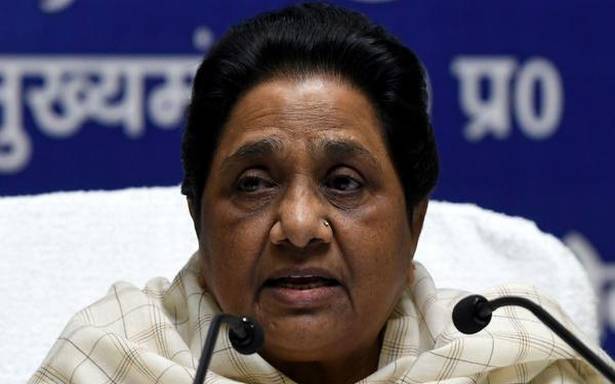 What’s keeping Bahujan Samaj Party (BSP) president Mayawati from stepping out and holding public rallies like other parties in Uttar Pradesh, which goes to the polls soon? This question has intrigued her supporters, observers as well as political rivals. The answer apparently lies in the financial constraints faced by the BSP and its reluctance to change its working ways and style, as Ms. Mayawati herself explained to her voters in an address on Saturday.

Ms. Mayawati, a four-time former Chief Minister of U.P., said the BSP did not believe in imitating other parties but in working with prudence, keeping in mind the financial condition of her party’s people. If she imitates her opponents and holds many rallies even before the election is announced, her supporters will not be able to bear the financial burden of rallies during the election, she said.

The BSP is a party of the “poor and the oppressed”, Ms. Mayawati said, stressing that other parties receive a lot of money from governments as well as capitalists and industrialists.

“Unlike other parties, our party is not a party of capitalists and dhannaseths (big businessmen). Along with being a political party, our party is also a movement. And even if we imitate the others, the scarcity of funds could hurt the party during the election,” Ms. Mayawati said.

The BSP chief also said that she “does not want to change” her party’s ways of working and modalities of approaching and campaigning in election. Her rivals can mock her all they want and the media can carry on writing “ulta seedha” against her, she said.

So far, Ms. Mayawati has deputed her party general secretary and Brahmin face Satish Chandra Mishra to tour the State and hold public rallies with the message of getting her elected as CM of U.P. for the fifth time.

Ms. Mayawati also shot back at Mr. Shah for taking a dig at her absence from the campaign, and said “the money of the poor with the government exchequer” was keeping the BJP leaders warm.

“Thand mein garmi chadi hui hain,” said Ms. Mayawati, in what appears to be a direct reply to Mr. Shah, who at a recent rally said she was yet to shake off the cold.