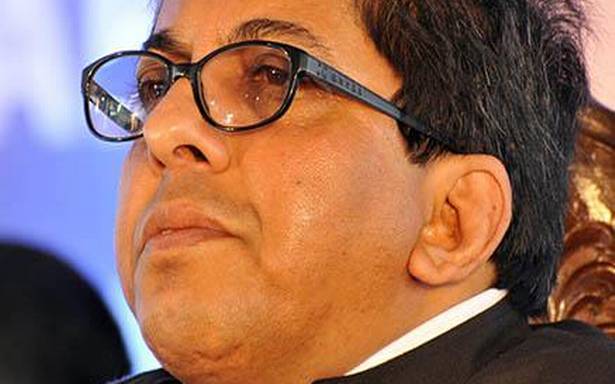 The Supreme Court on Thursday set aside a Calcutta High Court order which stopped the transfer of a case concerning disciplinary proceedings against former West Bengal Chief Secretary Alapan Bandyopadhyay from West Bengal to the national capital.

A Bench of Justices A.M. Khanwilkar and C.T. Ravikumar held that the High court order was “without jurisdiction and hence, it is ab initio void. Accordingly, it is set aside.”

Mr. Bandyopadhyay came into the limelight when he did not attend a meeting chaired by Prime Minister Narendra Modi in Kolkata in the wake of cyclone Yaas. He was issued a show-cause notice under the Disaster Management Act. Mr. Bandyopadhyay, however, resigned from service, but was subject to disciplinary proceedings initiated by the Centre. The retired civil servant had approached the Central Administrative Tribunal (CAT) in Kolkata against these proceedings. Following which, the CAT’s Principal Bench in Delhi transferred the case to the capital.

The Calcutta High Court had intervened to set aside the transfer of the case, but not before making stinging remarks like the modus operandi of the Union government “reeks of mala fides” and the CAT Principal Bench was “overzealous” to cater to the fiat of the government and paid “obeisance to the diktat of the Union of India”.

The Union had appealed to the Supreme Court, challenging the jurisdiction of the Calcutta High Court to entertain Mr. Bandyopadhyay’s case when it was already transferred to Delhi. Moreover, the Union had taken strong objection to the remarks made in the High Court order against it.

Solicitor General Tushar Mehta, for the Centre, had described the High Court order as “disturbing”.

“The Calcutta High Court has no jurisdiction over the order passed by the Principal Bench of the Central Administrative Tribunal at Delhi,” Mr. Mehta had submitted.

Justice Ravikumar, who authored the judgment, expunged the remarks made by the High Court against the CAT Principal Chairman and the Central government.

“To observe sobriety, we say that the remarks made by the High Court were unwarranted, uncalled for and avoidable being sharp reaction on unfounded assumptions. Ergo, we have no hesitation to hold that they were wholly unnecessary for the purpose of deciding the correctness or otherwise of the order of transfer. Hence, they are liable to be expunged. We do so”, Justice Ravikumar observed.