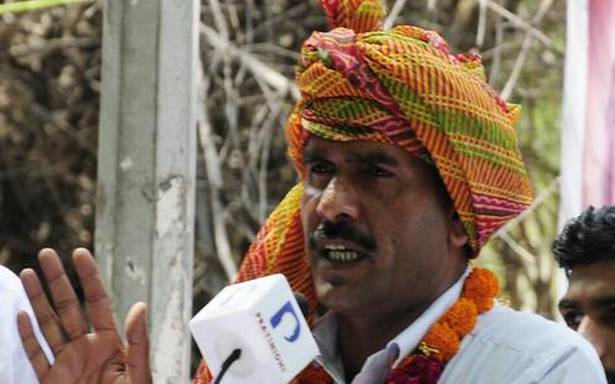 The Supreme Court on Wednesday reserved its order on a plea by dismissed BSF jawan Tej Bahadur Yadav, who claims that his nomination to contest from Varanasi in the Lok Sabha polls was rejected to orchestrate a “walkover” for Prime Minister Narendra Modi.

Appearing before a Bench led by Chief Justice of India (CJI) Sharad A. Bobde, Mr. Yadav’s lawyer, advocate Pradeep Kumar Yadav, however could not produce evidence on record to show he had asked the Returning Officer (RO) for time to produce his dismissal letter – to be appended with his nomination papers – showing he was not dismissed from service for reasons of corruption, disloyalty, etc.

The Bench brushed aside the petitioner’s repeated requests to adjourn the case. In fact, the court accused Mr. Yadav of trying to abuse the process of law by seeking repeated adjournments in the case.

“We don’t want to carry on like this with the matter, the respondent’s [Prime Minister] is the only office of its kind in India”, the CJI said.

During the hearing, senior advocate Harish Salve, for Mr. Modi, submitted that Mr. Yadav had filed his nomination as an Independent candidate as well as with support from the Samajwadi party.

Mr. Yadav had argued that his dismissal from the BSF came after he complained about the quality of food and not for any act of corruption or disloyalty.

He found himself out of the fight after the RO found his nomination papers faulty. The RO rejected his nomination on the ground that he did not furnish records to prove that his dismissal from the BSF was not brought about by corruption or disloyalty to the State.

The petition contended that the RO completely failed to appreciate Mr. Yadav had produced his dismissal letter along with his nomination paper.

“It seems the decision was taken keeping in mind the sensitivity of the contest in Varanasi constituency and to give walkover to the candidate of the ruling party by disqualifying the petitioner whose candidature was gaining momentum and was therefore also supported by the main Opposition alliance of two major political parties in the State. The malafide is apparent”, the plea said.