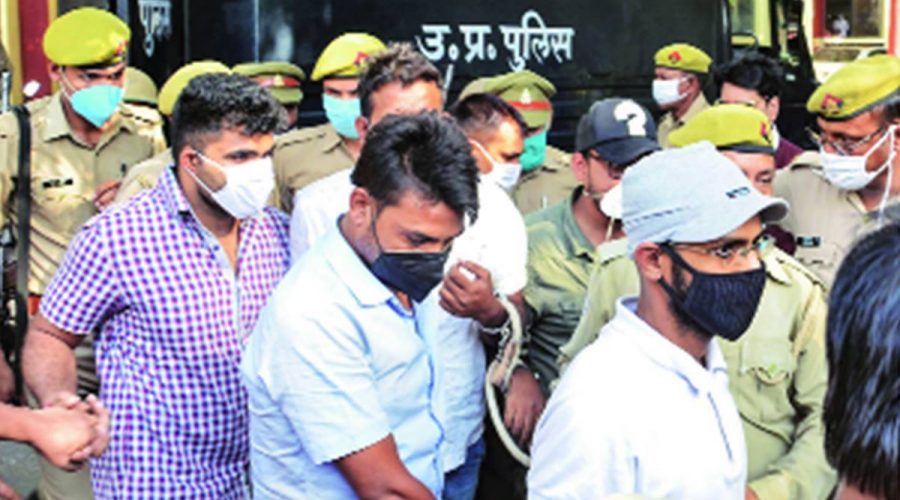 Kappan, who works with Malayalam news website Azhimukham, and three others were arrested on October 5 in Mathura while on his way to Hathras. The Supreme Court on Friday allowed Kerala-based journalist Siddique Kappan to meet his lawyers to sign on the vaqalatnama to facilitate his bail even as the bench took objection to the manner in which the case was reported in the media, Live Law reported.

The SC bench, headed by CJI S A Bobde and comprising Justices AS Bopanna and V Ramasubramanian, was hearing the habeas corpus petition filed by the Kerala Union of Working Journalists (KUWJ) against custody of Kappan.

The bench allowed senior advocate Kapil Sibal, appearing for KUWJ, to meet his client after Solicitor General Tushar Mehta told the court there was no objection to Kappan meeting his lawyers. “There was no objection and there is no objection,” SG Mehta said while denying allegations that Kappan’s lawyers were not allowed to meet him. The court has adjourned the matter till next week.

Explained | What have been the Supreme Court’s recent observations on Article 32?

Kappan, who works with Malayalam news website Azhimukham, and three others were arrested on October 5 in Mathura while on his way to Hathras where a 19-year-old Dalit woman had been allegedly assaulted and gangraped leading to her death in a Delhi hospital.

Uttar Pradesh Police have alleged that Kappan and two members of the Campus Front of India (CFI) were part of a “conspiracy” to inflame religious enmity over the Hathras rape, and booked them on various charges, including under the stringent UAPA and sedition.

In course of the brief hearing, CJI Bobde said media reports claiming that the court had denied relief to Kappan were “unfair”. “There was very unfair reporting about our earlier order. It was said that we denied you relief,” CJI Bobde said.

In the last hearing, the SC sought responses from the Centre and the Uttar Pradesh government on the plea seeking the release of Kappan while observing that it was “trying to discourage” individuals from filing petitions under Article 32 of the Constitution—which grants individuals the right to approach the top court seeking enforcement of fundamental rights.

In the counter-affidavit filed in Supreme Court, the UP government alleged that during the investigation conducted so far, evidence of the accused having links with banned organizations had emerged.

“Kappan was the Office Secretary of Popular Front of India (PFI) who is using a journalist cover by showing identity card of a Kerala-based newspaper named as ‘Tejas’ that was closed in 2018,” the UP affidavit said, according to Live Law.

Kappan and others were going to Hathras with a “very determined design to create a caste divide and disturb law and order situation”, the affidavit said. “Mobile phones, laptop, pamphlets having headlines of ‘Justice for Hathras Victim’ etc. were duly seized and information of such arrest was duly conveyed to the relatives,” it further mentioned.