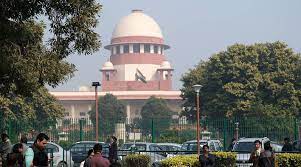 Sachichida Nand Pandey, a researcher, had alleged that the institutes concerned were following a “completely unconstitutional, illegal and arbitrary” process. 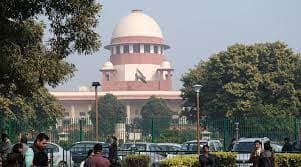 The Supreme Court on Wednesday issued notices to the Centre and the Indian Institutes of Technology (IITs) on a plea seeking directions to the latter to follow reservation guidelines in matters of admission in research degree programmes and recruitment of faculty members.

A bench headed by Justice L Nageswara Rao and also comprising Justices B R Gavai and B V Nagarathna issued the notices on a plea by one Sachichida Nand Pandey, a researcher.

Pandey contended that the IITs were not following the reservation policy which prescribes quota for socially marginalized communities belonging to the SC, ST and OBC categories. He alleged that the institutes concerned were following a “completely unconstitutional, illegal and arbitrary” process.

He said that the “IITs are not following the transparent process of recruiting the faculty members” and that this “opens up the window for non-deserving candidates to enter IITs through connections” which in turn “increases the chances of corruption, favouritism and discrimination, affecting internal ranking and technological growth of the country”.

The plea said that the Centre had in June 2008 written to IIT directors to implement the reservation for SC, ST and OBC categories in the requirement to a teaching post at Assistant Professor level in Science and Technology, and at all levels (Assistant, Associate and Professor) in Humanities and Management Department. In November 2019, the government had also extended reservation to all posts (Associate Professors and Professors) in all streams including technical for faculty positions, he said.