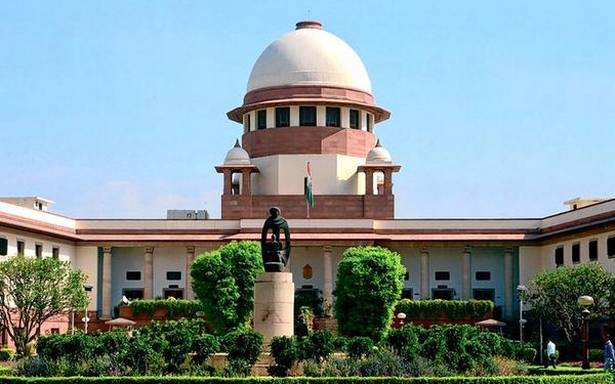 The Supreme Court has exercised its inherent powers under Article 142 of the Constitution to annul a marriage of an estranged couple, residing separately for over two decades, saying it was a case of irretrievable break down of wedlock.

All efforts to continue the marriage have failed and there is no possibility of re-union because of the strained relations between the parties, the top court said.

A bench of Justices Sanjay Kishan Kaul and M.R. Shah said that it appears that marriage between the husband and the wife has “irretrievably broken down” as they have been residing separately for last 22 years and it will not be possible for them to live together.

“Therefore, we are of the opinion that while protecting the interest of the respondent wife to compensate her by way of lump sum permanent alimony, this is a fit case to exercise the powers under Article 142 of the Constitution of India and to dissolve the marriage between the parties,” the bench said.

The Court, in a series of judgments, has exercised its inherent powers under Article 142 of the Constitution for dissolution of a marriage where the Court finds that the marriage is “totally unworkable, emotionally dead, beyond salvage and has broken down irretrievably, even if the facts of the case do not provide a ground in law on which the divorce could be granted”, the bench said.

In the recent verdict the court rejected the submission of the wife that unless there is a consent by both the parties, even in exercise of powers under Article 142 of the Constitution, the marriage cannot be dissolved on the ground of irretrievable breakdown of marriage.

The bench said that if both the parties to the marriage agree for separation permanently and/or consent for divorce, in that case, certainly both the parties can move the competent court for a decree of divorce by mutual consent.

“Only in a case where one of the parties does not agree and give consent, only then the powers under Article 142 of the Constitution of India are required to be invoked to do the substantial Justice between the parties, considering the facts and circumstances of the case,” it said.

It said however that the interest of the wife is also required to be protected financially so that she may not have to suffer and depend upon others.

It directed the husband to pay the wife a lump sum permanent alimony amounting to ₹20 lakh by way of demand draft within a period of eight weeks.

The husband has approached the apex court challenging the order of Hyderabad High Court, which had dismissed his appeal against the family court order rejecting his prayer to grant a decree of divorce.

There were differences in opinion between the husband and the wife and according to the husband, cruelty was meted out to him.

By 1997, the wife had left the house of husband and stayed at her parental house after which the husband filed a divorce petition in the year 1999 before the Family Court at Hyderabad on the ground of cruelty.

The Family Court in 2003 dismissed the divorce petition by observing and holding that the appellant husband – failed to prove the cruelty by the wife.

The Family Court also refused to pass a decree of divorce on the ground of irretrievable breakdown of marriage.

The husband challenged the family court order in the High Court which in 2012 dismissed his appeal.