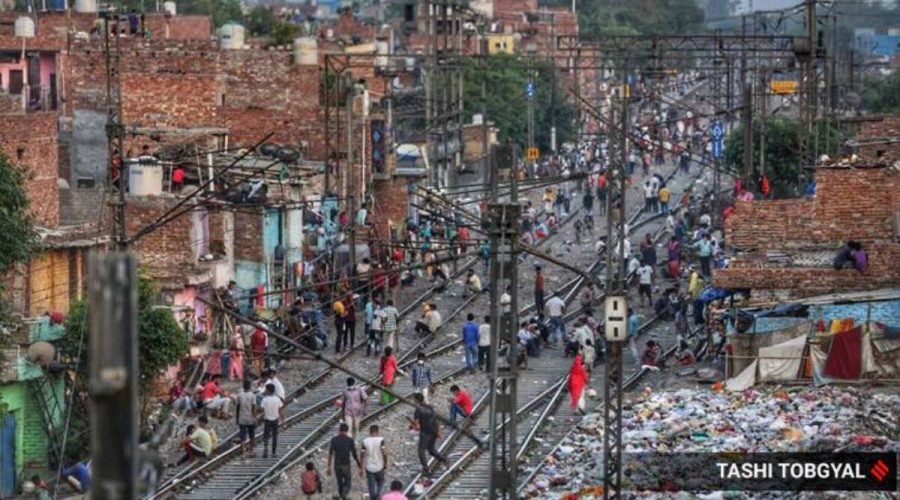 Delhi is said to be a city that carries many cities within it — seven, if one were to go by historian William Dalrymple’s account. A site of multiple contestations, the city is today amidst a new, but unequal, confrontation — between its poorest citizens, living in jhuggi-jhopri (JJ) clusters or bastis, to whom the city has failed to provide adequate housing, and the privileged lot, who inhabit a world-class capital.

The recent Supreme Court order to evict 48,000 households in JJ clusters on railway land in Delhi, which came amidst a global pandemic, underscores this expendability of the poor in India’s capital. It is the most recent in the nearly 300 forced evictions experienced by Delhi’s poor since 1950, according to the archive recently created by a group of academics and social activists titled “Missing Basti”. Concurrent with these evictions have been several waves of resettlement — first, in the 1960s, a second during the Emergency years (1975-77) and the third, preceding the Commonwealth Games in 2000s. Of around 60 resettlement sites in the city so far, 44 colonies were established between 1960 and 1985, and 27 of those during Emergency alone. Mapping these colonies before and after 1990 reveals how the poor have continually been pushed out to the ever-expanding periphery of the city. 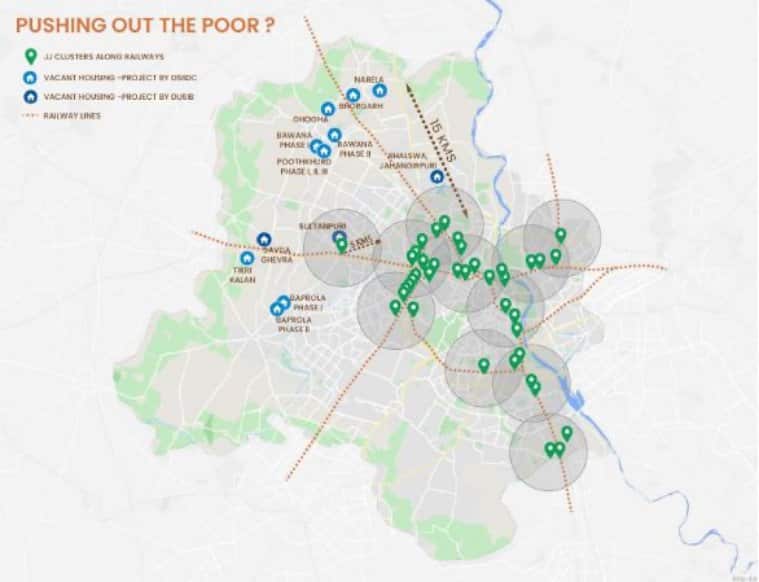 There is no doubt that the working poor have been important contributors to the dramatic demographic and economic growth of Delhi in India’s post-Independence years. However, they have been labelled “encroachers” and evicted in large numbers, often resettled in remote and poorly serviced parts of the city, disconnected from livelihoods. Public agencies have done very little to augment the supply of affordable housing in the city. Between 2003 and 2013, for instance, only 9.4 per cent of the total units built by the Delhi Development Authority were janta flats for the poorest sections of society. The stark reality is that formal housing supply for the most vulnerable, whether ownership or rental housing, has been negligible and the poor have self-created housing in bastis while contributing their labour to the city and building their lives in it. Delhi has taken much from the poor and given relatively little. Unfortunately, the script seems ready to repeat itself with the Delhi government’s suggestion to relocate those facing eviction from railway lands to far-flung parts of the city, where an estimated 45,857 publicly built affordable housing units are lying vacant, in varying states of disrepair and completion. Even if the flats are repaired, this resettlement option, which blatantly violates Delhi’s rehabilitation and resettlement policy dated 2015, would be a continuation of the spatial restructuring that has pushed the poor out of the city while valorising high-value inner city parcels for projects like malls, commercial office buildings and high-end housing, for elite consumption. Could the pandemic be that empathetic moment that urges us to overturn this narrative and explore alternative, more inclusive solutions? For one, it has highlighted the significance of work-home relationships and the need for habitable spaces. In-situ upgradation or redevelopment of the bastis where they are, while respecting the railway safety zone, is possible in most cases with several good past practices to learn from, both nationally and internationally. Even in cases where resettlement becomes the last resort, could the government utilise vacant lands earmarked for affordable housing within 5 kilometre radius of the bastis to rehabilitate the affected 48,000 households, thus meeting the criteria in its own policy?

As the four-week stay period and deadline for the government to offer its solution comes to a close, we hope it is possible to consider more participative approaches that minimise relocation and focus on improving the quality of affordable housing. These would not just bring the railway basti dwellers immediate relief and hope, but also mark a welcome turn away from a narrative of dispossession to one of inclusion for Delhi.

(Mukta Naik is fellow, Centre for Policy Research, and Swati Janu is founder, Social Design Collaborative. They are a part of the Delhi Housing Rights Task Force and the maps have been prepared as a collective effort through public sources.)