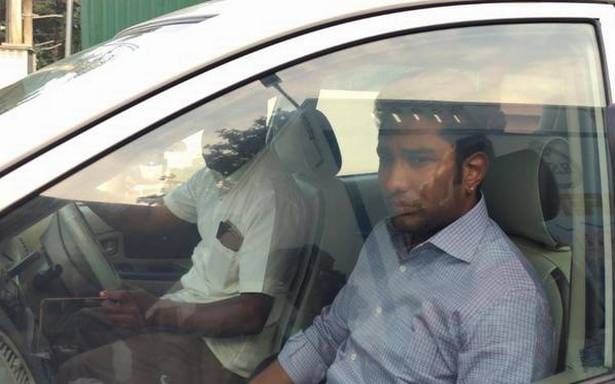 Mr. Jayaraman was questioned about the 2017 break-in.

Sources in the Nilgiris district police said Mr. Jayaraman was questioned in relation to the April 2017 break-in at the Kodanad estate. A security guard was killed and the intruders are said to have escaped with valuables from the bungalow.

Sasikala was then serving a prison term in the disproportionate assets case.

Sources said Mr. Jayaraman was among the first in Sasikala’s close circle to have been notified by the estate management of the break-in. The police suspect that he had shared with Sasikala the information pertaining to the break-in as well as the stolen valuables.

The police are trying to piece together how he had shared the information with her.

Also read | The Sasikala web: how a maze of shell companies link up to her, her family and friends

He was also questioned about the suicide of a computer operator at the estate.

A senior police officer said the questioning started around 2.30 p.m. and went on till 5 p.m. on the Police Recruits School campus in Coimbatore. Mr. Jayaraman did not respond to questions from journalists while leaving the place in a car.

A police source said Mr. Jayaraman was summoned based on the details provided by the others who had already been interrogated. The police on November 25 questioned S. Natarajan, manager of the estate bungalow.