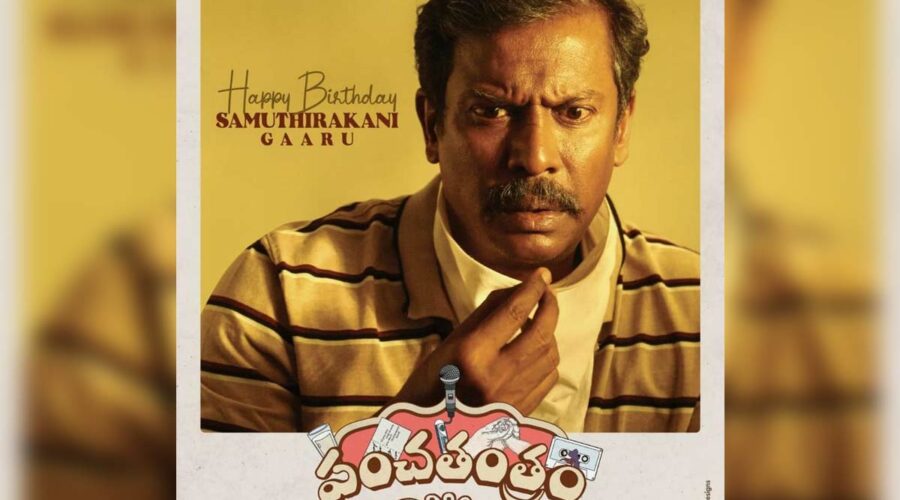 Yesterday, on the occasion of the birthday of the national award winning  Tamil actor Samuthirakani, the makers of the upcoming  film Panchathantram released the first look poster. Samuthirakani is playing the role of a 60 years old retire bank employee named Ramanatham in Panchathantram.

According to the makers of Panchathantram, Samuthirakani  who is playing a key role  in this film, is one of the highlights of their movie.  The upcoming drama will explore an unseen side of Samuthirakani’ acting repertoire.

On the work front, Samuthirakani has multiple projects in his kitty which are in the different production stages. He is also playing a crucial role in SS  Rajamouli’ directorial venture RRR which has Jr NTR and Ram Charan in the lead roles. He is also the part of Indian 2, Don and Andhagan.