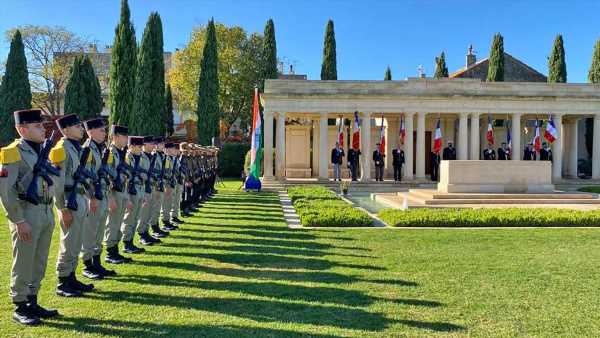 Indian Army soldiers and officers along with a French contingent, who participated in a joint military exercise ‘Ex-Shakti’, visited the Mazargues war cemetery, Marseilles, where Indian soldiers of World War I were buried.

Please click on the images for a better look. 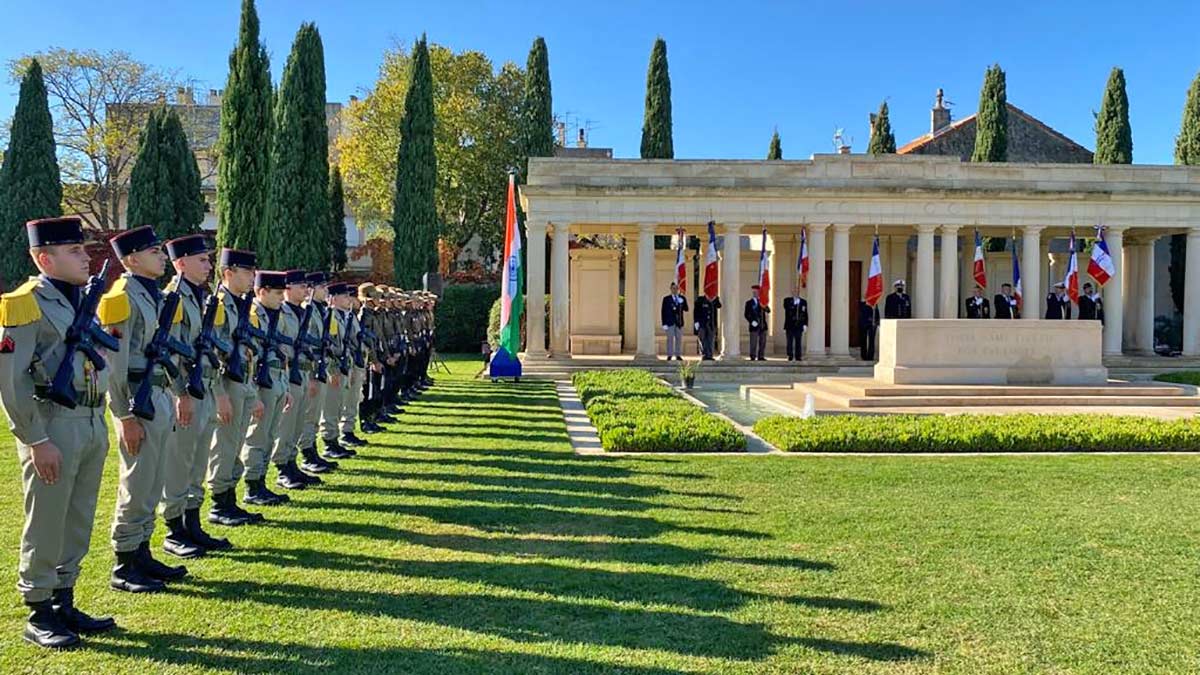 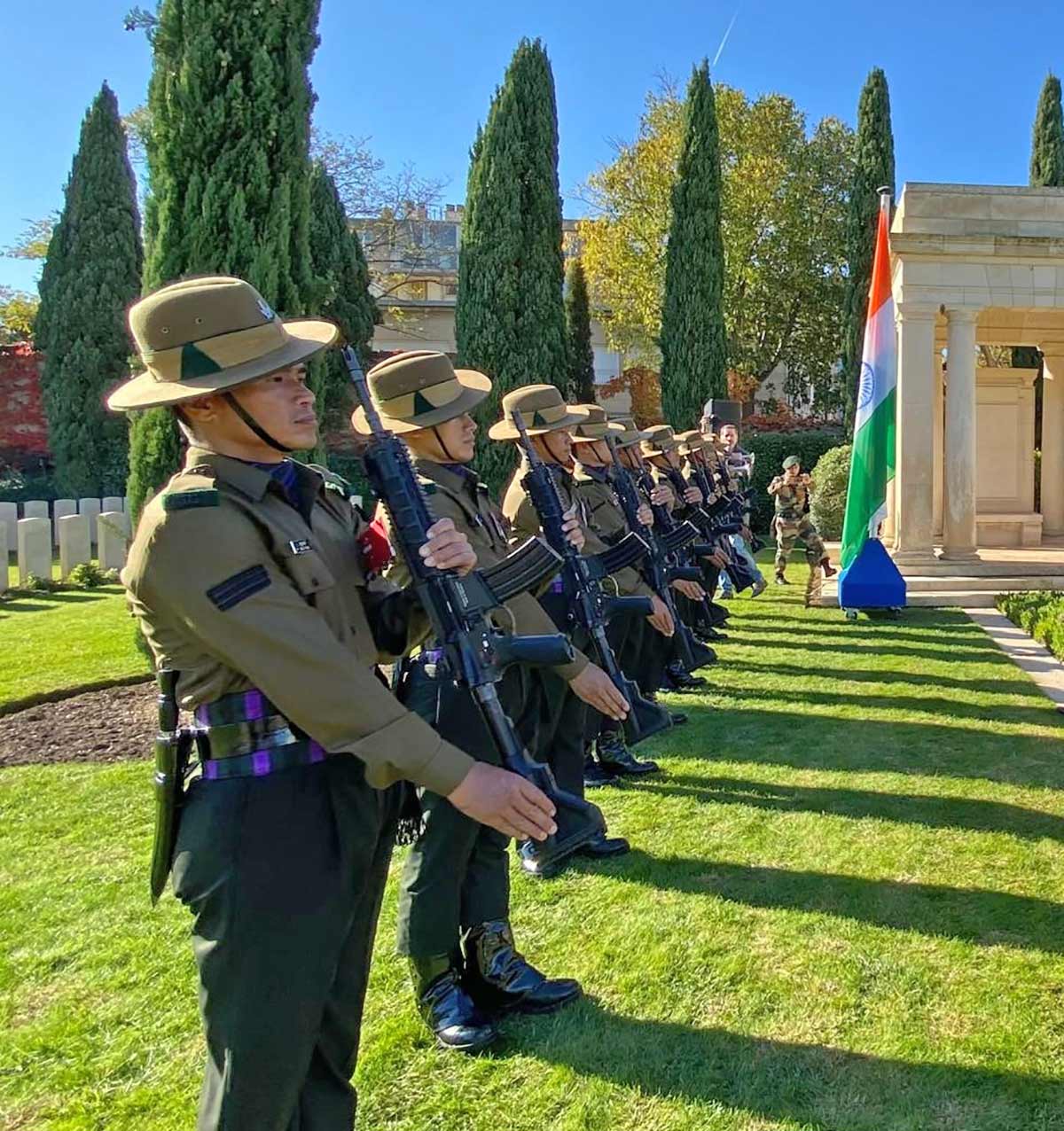 IMAGE: The Indian soldiers raise the guns in honour for the Bravehearts. 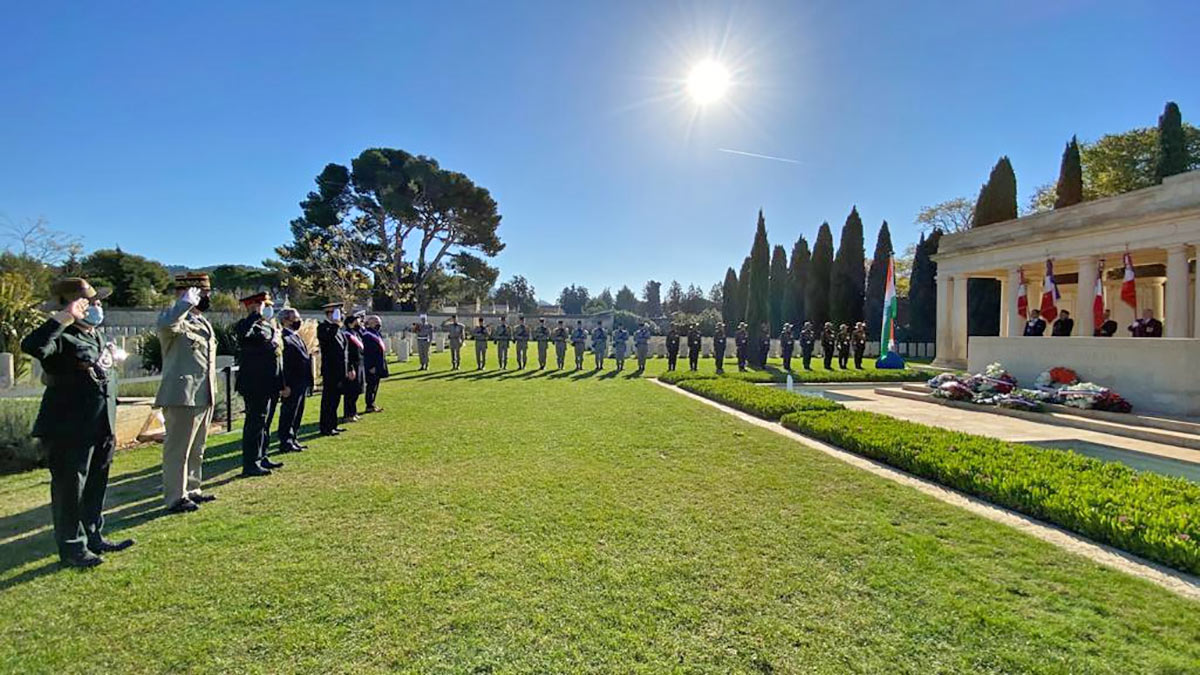 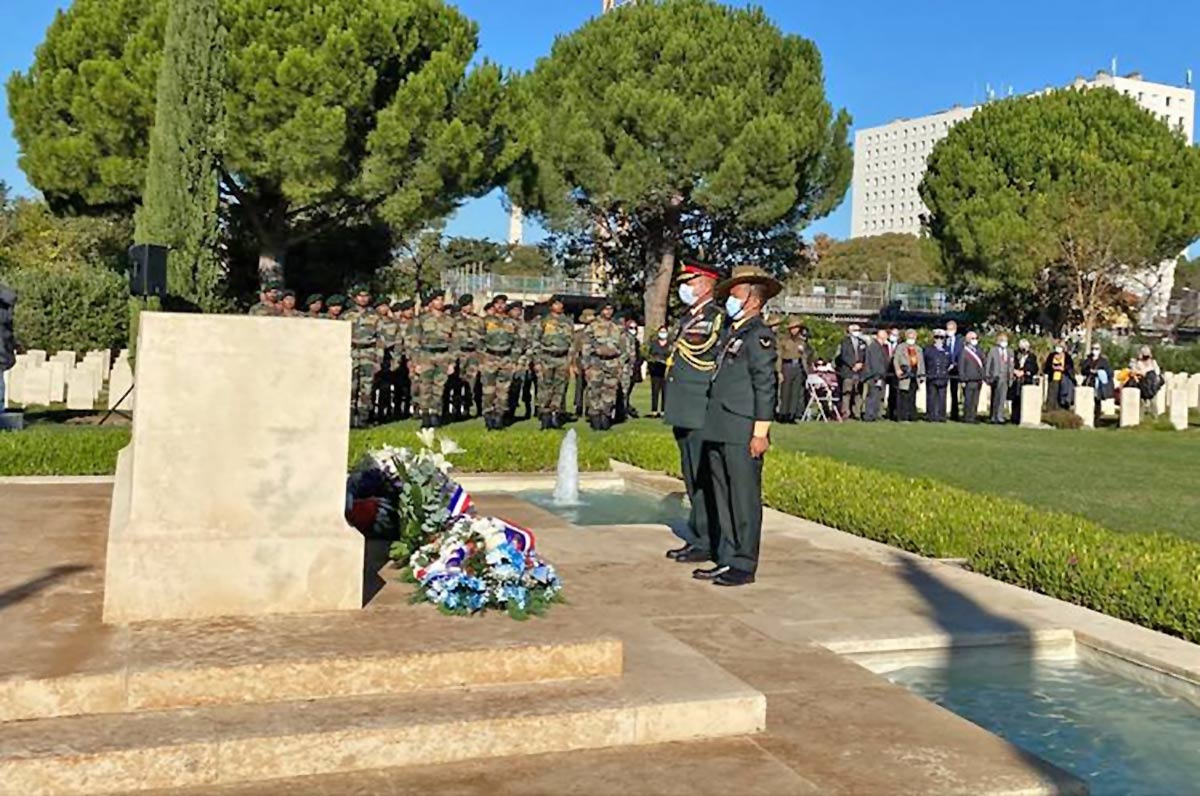 IMAGE: The Indian commander pays tribute to the World War I Bravehearts.