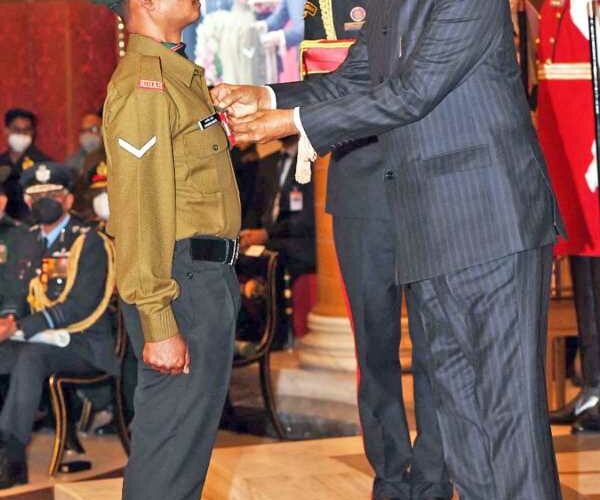 Please click on the images for a look at the brave men who President Ram Nath Kovind, supreme commander of India’s armed forces, awarded the Shaurya Chakra at the Defence Investiture ceremony on Monday, November 22, 2021. 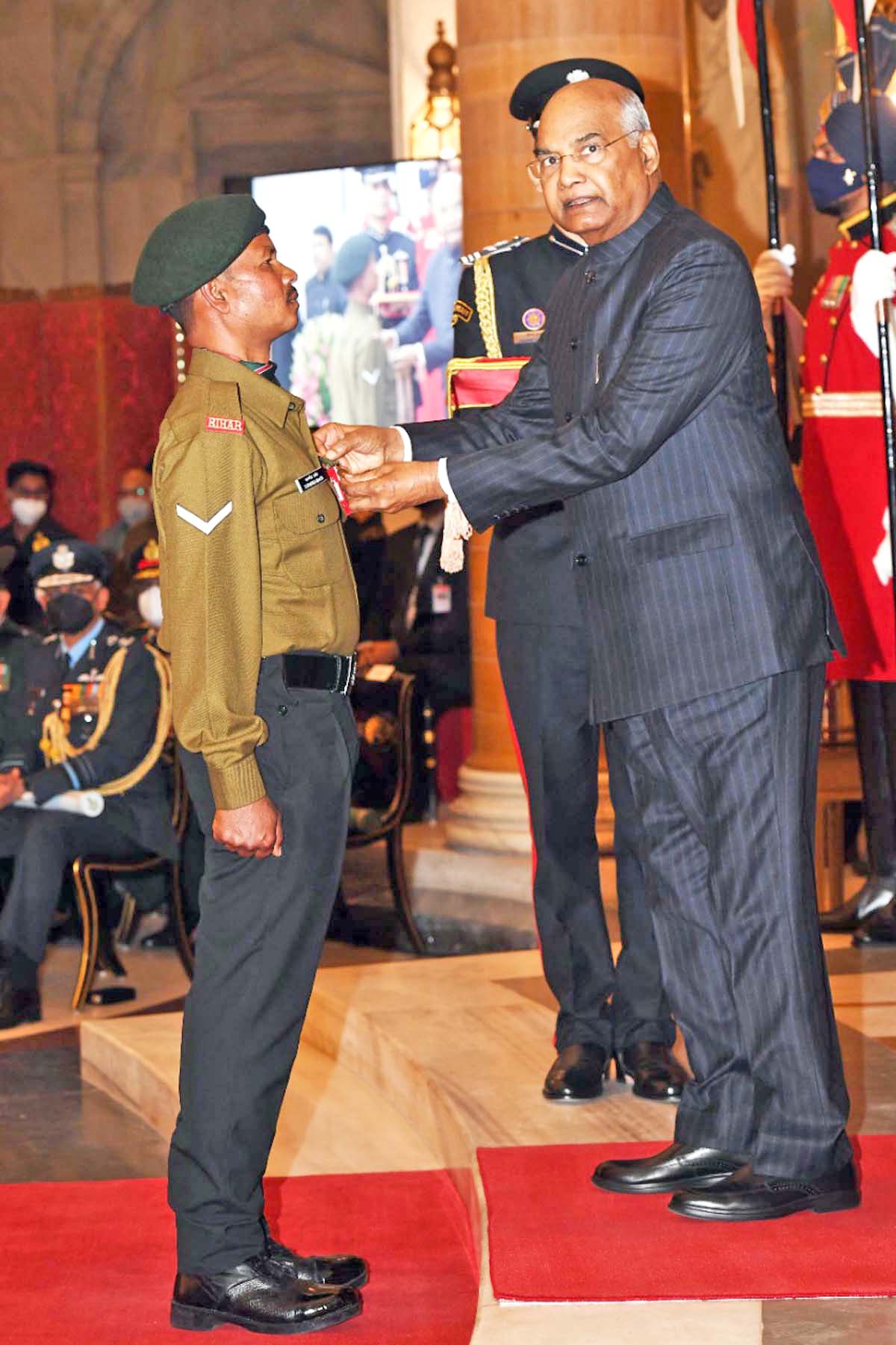 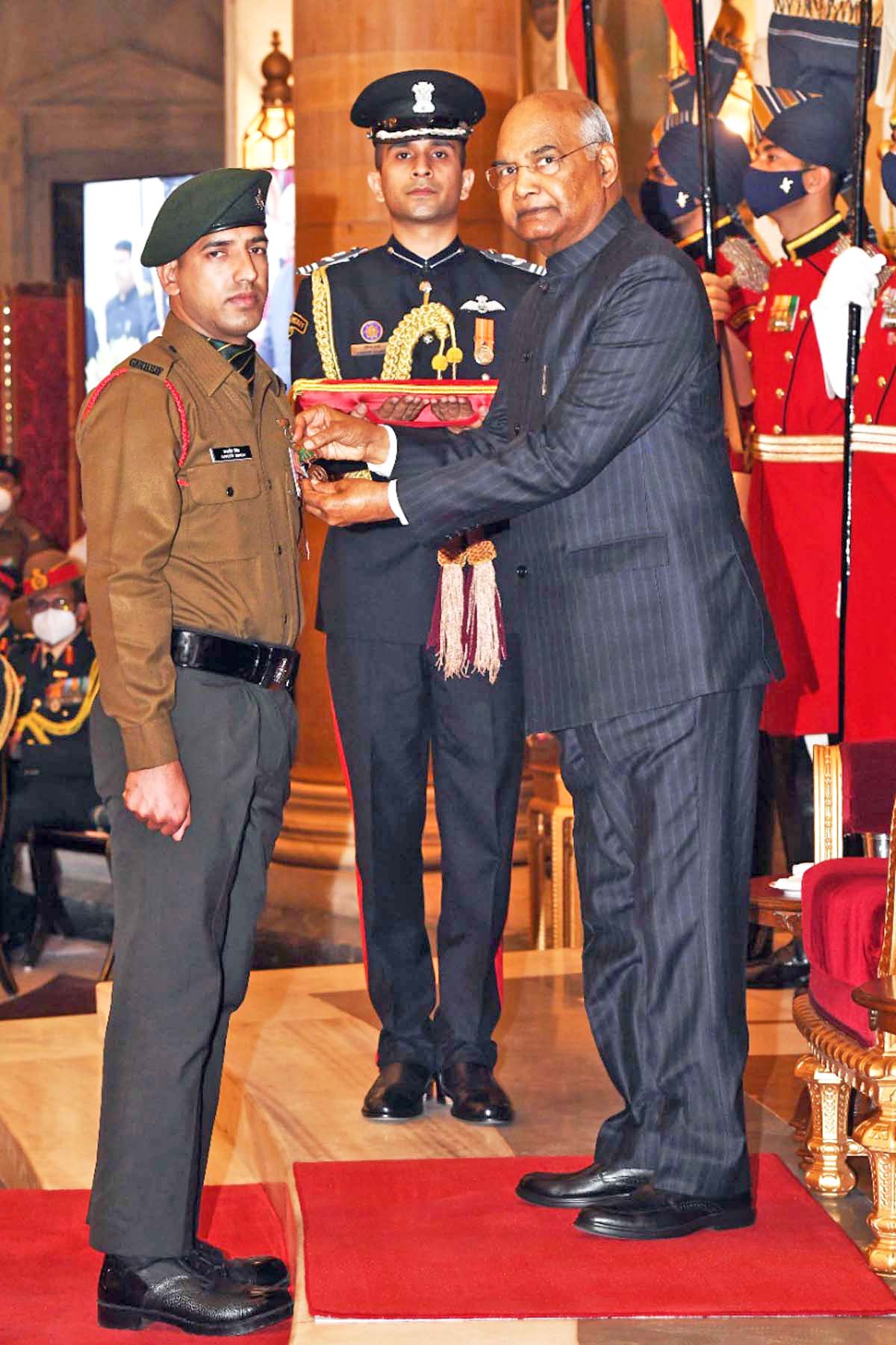 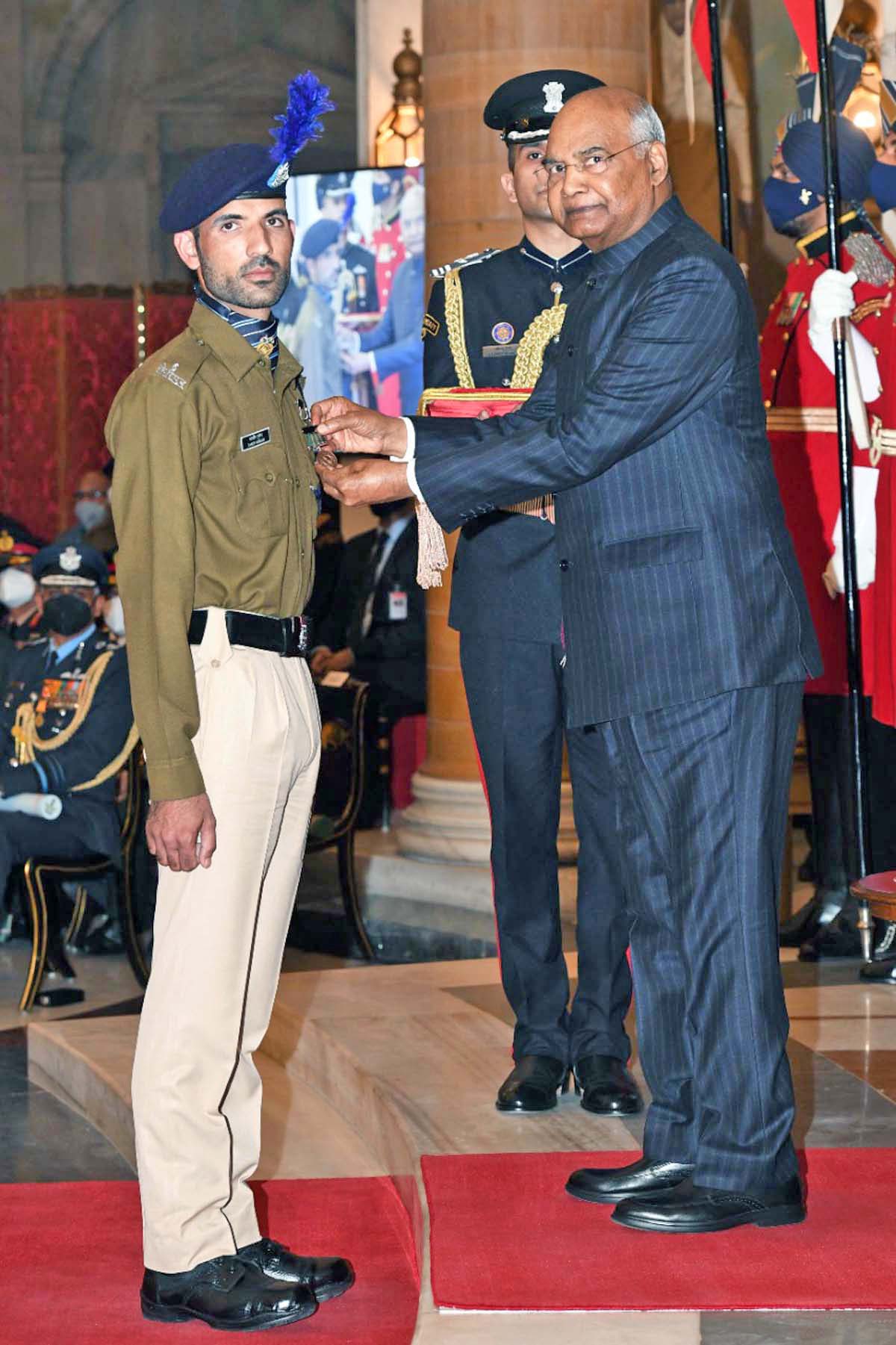 Like a true soldier and battle-mate, Constable Zaker Hussain fought along with his commander without caring for his life. He displayed exemplary bravery in keeping with the highest tradition of the force. Constable Dnyaneshwar Shriram Sable showed exemplary bravery, raw grit and extraordinary commitment to duty under extreme adversity, in keeping with the highest traditions of the CRPF. 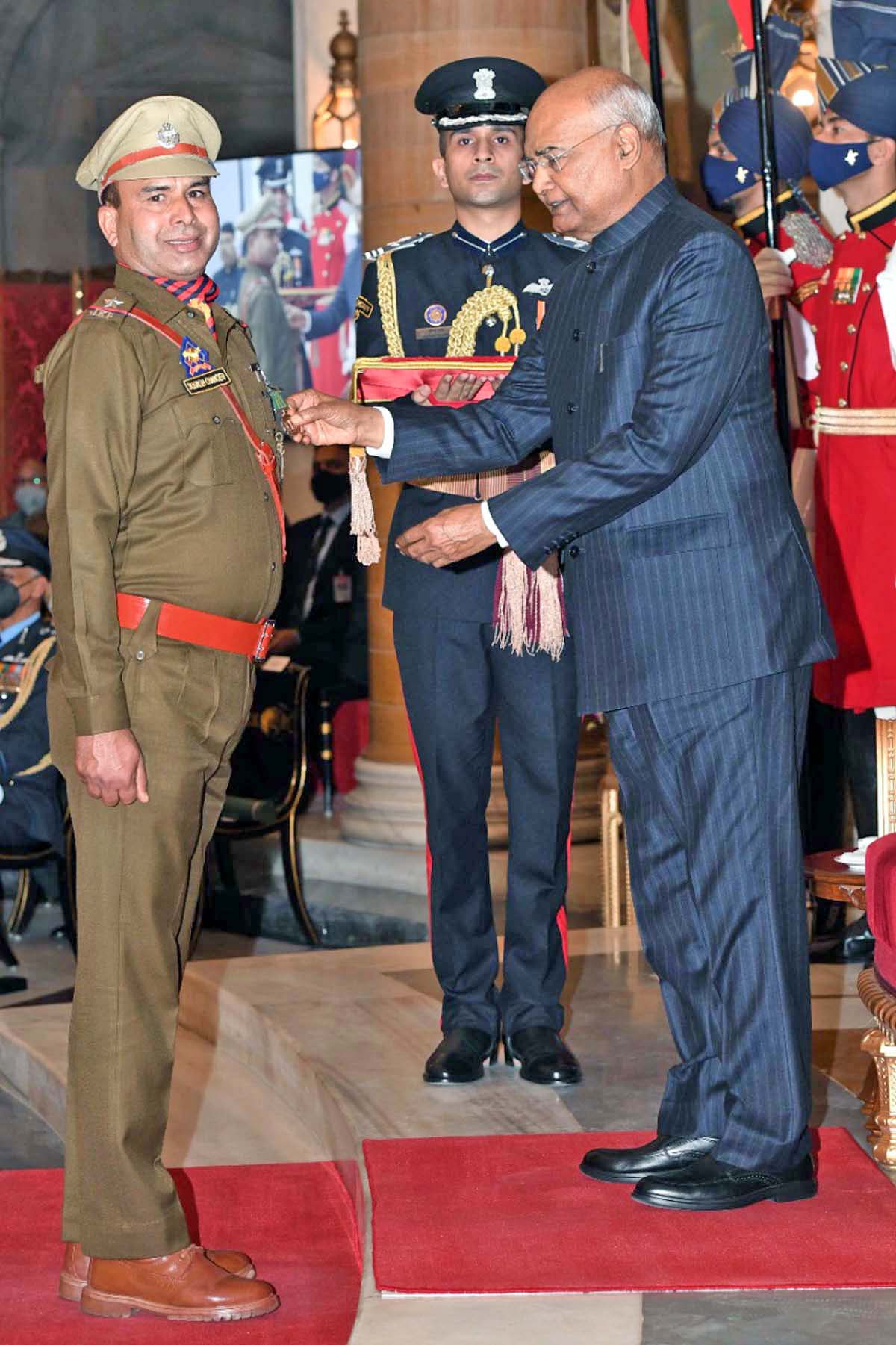 11/23/2021 India Comments Off on Salute These Brave Soldiers!
India