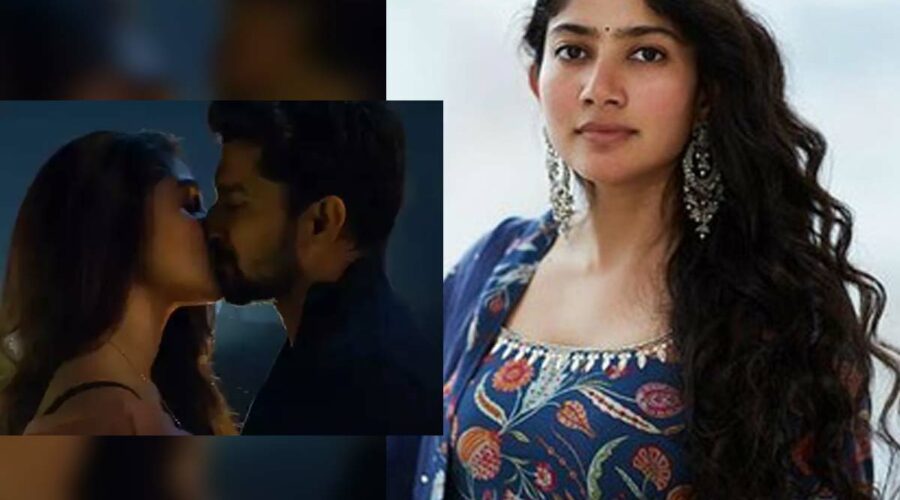 Shyam Singha Roy starring Nani, Sai Pallavi and Krithi Shetty are gearing up for the grand release on 24th December. Currently the entire team including Nani are busy in the promotional activities.  It is known that released trailer featured the lip lock between Nani and Krithi Shetty.

Recently Nani, Krithi and Sai Pallavi attended an interview for promotions to a local channel. There, they were asked about the kissing scene in the movie. The journalist asked who was more uncomfortable between Nani and Krithi Shetty to do the kissing scene.  After hearing this, Sai Pallavi fired on the interviewer and asked what kind of question it was, and how it sounded unprofessional.  On the otherside, Nani and Krithi Shetty were looking uncomfortable when the question was asked in this manner.

Everyone is aware that Sai Pallavi has a no-kissing policy for her movies.  She has already told the filmmakers  that she will not do such scenes which make her uncomfortable.

The movie  Shyam Singha Roy is set in 1970 in Calcutta. It is directed  by Rahul Sankrityan under the banner of  Niharika Entertainment.   The much hyped movie has the music by Mickey J Meyer and cinematography is handled  by Sanu John Varghese.

Who made Sai Pallavi cry in Public?