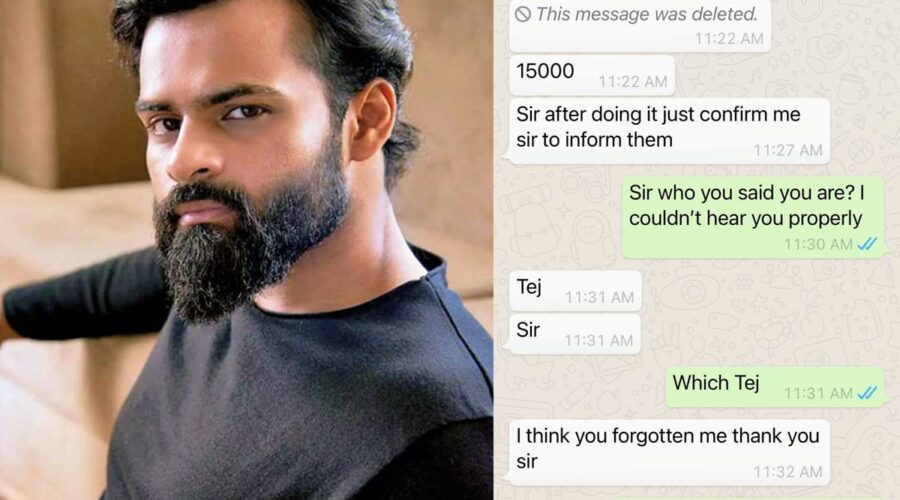 Scammers are hiding out on social media, using offers to market their scams. In the first six months of last year, the  people reported losing a record high of almost $117 million to scams that started on the  social media.  Now according to  the latest report, a person has started to take  the advantage of the current Coronavirus pandemic situation by asking for money from the people by impersonating Supreme actor Sai Dharam Tej.  When Sai Dharam Tej came to know about this,  he warned people and his fans to be aware of looters.

Sai Dharam Tej warned his fans not to fall for the fraudsters who claim to be him on social media sites and ask for money. Republic actor Sai Dharam Tej took to his  Twitter and said that  it has come to his notice that a person has been impersonating him and asking for financial help from  the people he acted with and others.

Legal proceedings have been initiated from his side.” He also warned  the people by saying, “Please be aware of the situation and avoid any such conversations with people who take my name.”