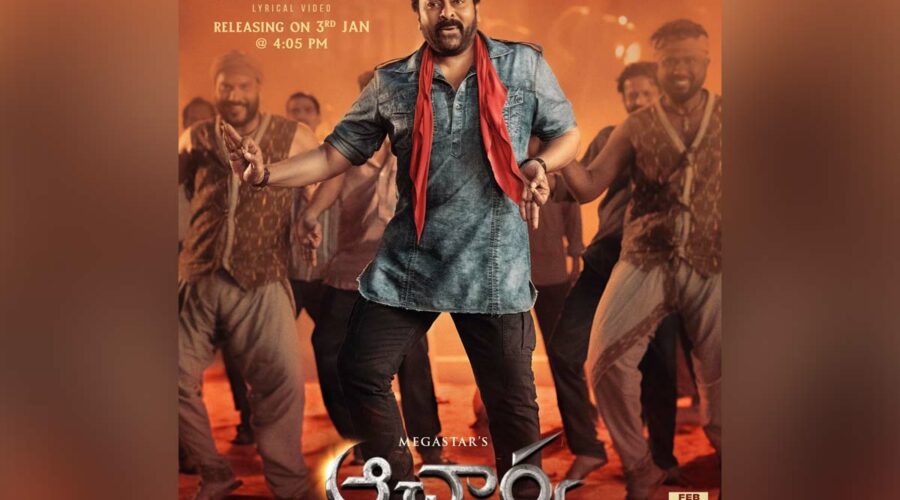 It is known that  the shoot  of  megastar Chiranjeevi and  mega power star Ram Charan starrer starrer Acharya has been wrapped up and the makers have also started the post production work.  N Today evening the  Konidela Production house  officially announced by releasing a news poster  that the lyrical video of high voltage song Saana Kastam  will be out on 3rd January.  The poster features the dancing pose of megastar.

In this upcoming big budget drama Acharya,  Sye Raa narasimha Reddy fame Chiranjeevi is essaying the role of  Naxalite.  Kajal Aggarwal is playing the love interest of Chiranjeevi whereas Pooja Hegde is paired opposite Ram Charan.  Sonu Sood will be seen  in  the crucial roles.

The sources close to the makers of Acharya revealed that  Ram Charan intro scene in Acharya will create goosebump.

Earlier  Dhruva and Magadheera fame actor had said that it’s his mother Surekha’s dream to see both the father and son on the same frame.  And her dream is going to be fulfilled with this film.