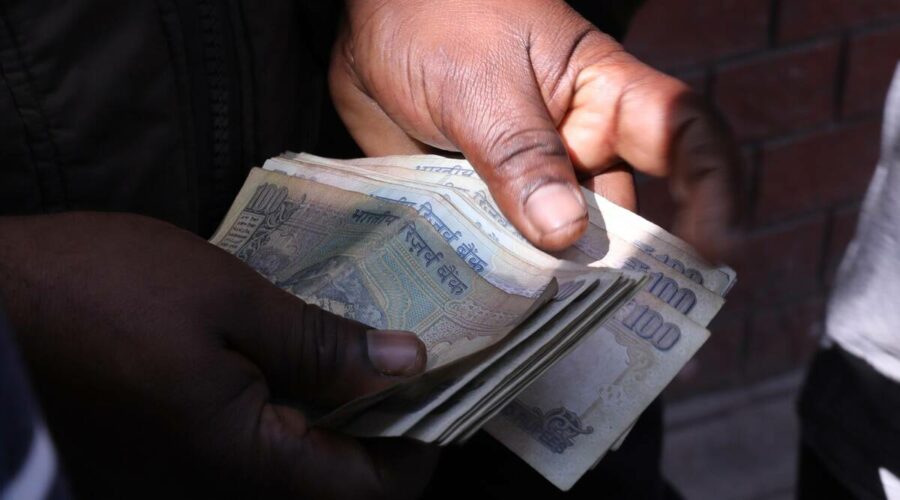 At the interbank forex market, the local unit opened at 74.81 against the US dollar, then gained some strength to quote at 74.77, a rise of 24 paise over its last close. The Indian rupee advanced by 24 paise to 74.77 against the US dollar in opening trade on Monday, tracking weaker dollar against key rival currencies and a positive trend in the domestic equity market.

At the interbank forex market, the local unit opened at 74.81 against the US dollar, then gained some strength to quote at 74.77, a rise of 24 paise over its last close.

In the previous session, the rupee had settled at 75.01 against the American currency.

The rupee started on a stronger note against the greenback tracking the decline in the dollar and positive equity markets, Reliance Securities said in a research note.

Moreover, Asian currencies were mostly stronger this morning and could lift sentiments back home, the note added.

Meanwhile, the dollar index, which gauges the greenback’s strength against a basket of six currencies, fell 0.18 per cent to 90.69, ahead of the meeting of the US Federal Reserve this week.

“The Fed’s next meeting ends on Wednesday, and while no major policy changes are expected, investors will pay close attention to US Federal Reserve Chairman Jerome Powell’s comments after the meeting,” the note said.

Foreign institutional investors were net sellers in the capital market on Friday as they sold shares worth Rs 1,360.76 crore, as per exchange data.