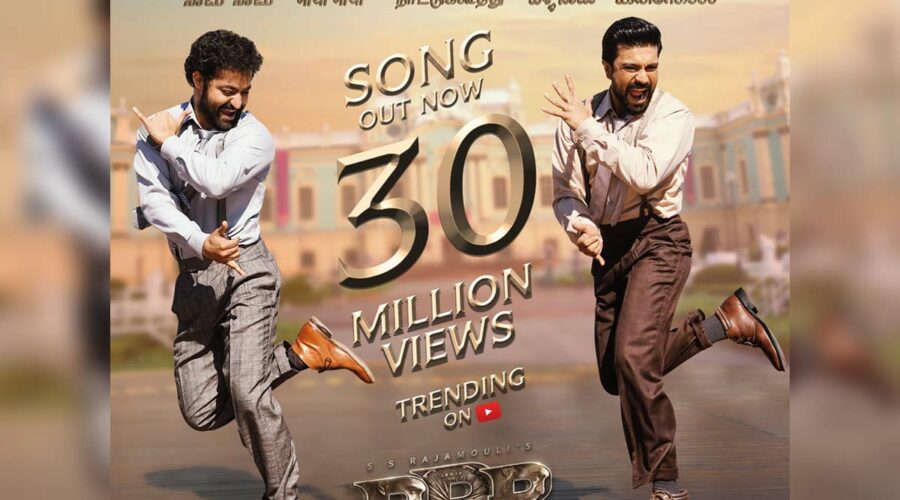 SS Rajamouli  is now coming up with his much awaited magnum opus RRR which has Jr NTR and Ram Charan in the lead roles. It is known that both are good dancers. Few days ago the makers of RRR released  Mass Anthem  Naatu Naatu featuring Jr NTR and Ram Charan and it set the dance mood just right with the electrifying beats.

RRR has the music by MM Keeravani who is known for rendering the tune of Baahubali series.  Naatu Naatu features Ram Charan and Jr NTR, who are playing the roles of freedom fighters Alluri Seetharamaraju and Komaram Bheem, respectively, in RRR, which is bankrolled by DVV Danayya, which is set in the 1920s.

Rajamouli’ directorial venture RRR   is all about  the story of two freedom fighters Alluri Seetharamaraju and Komaram Bheem, who fought against the British Raj and the Nizam of Hyderabad, respectively. RRR is slated to hit the theaters on 7th January 2022.

RRR third single to out on this date