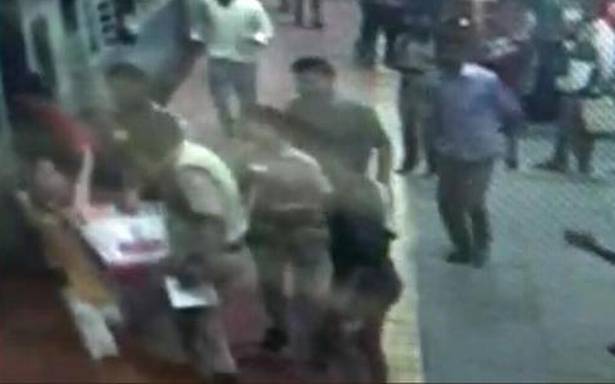 Pulls her out as she was slipping through the gap

An alert Railway Protection Force (RPF) constable, S.V. Jose, came to the rescue of a girl who was slipping through the gap between the coach and the platform at Egmore station on Saturday night.

Ashwani Kumar along with his daughter Anmol had come to the Egmore railway station to board the Uzhavan Express on Saturday night. By the time the father and daughter reached the station, the train, bound for Thanjavur, started moving. In a hurry, the father and daughter carrying luggage tried to board the train. The girl slipped when she climbed the stairs of the compartment and could have fallen on the tracks as the train was moving.

S.V. Jose, who was on platform duty, rushed towards the girl and pulled her out from the gap between the train and platform. The train was stopped and the girl and her father boarded the coach.

The constable was appreciated by the commuters at the station. The incident went viral on social media.