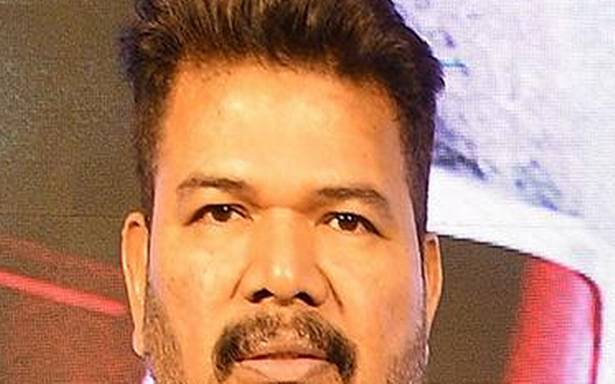 The Madras High Court on Thursday suggested that Lyca Productions and film director Shankar sit across the table and resolve their differences in completing the Kamal Hassan-starrer Indian 2 rather than fight a legal battle. The court granted a week’s time for the production firm, which claimed to be losing crores of rupees due to the stalled project, and the film director, who had decided to take up other projects, to resolve their differences.

Chief Justice Sanjib Banerjee and Justice Senthilkumar Ramamoorthy made the suggestion when an appeal preferred by Lyca Productions was listed for hearing.

The appeal had been preferred against Justice P.T. Asha’s refusal to pass an ex-parte interim order restraining the director from directing any other movie without completing Indian 2.

The legal proceedings were initiated after Mr. Shankar decided to make a movie with Telugu actor Ram Charan.

The Bench, led by the Chief Justice, requested senior counsel P.S. Raman, representing the film director, to initiate the talks and asked advocate R. Prabhakaran, appearing on behalf of the production house, to ensure that its managing director based in London participates in the meeting, either in person or through video call. The outcome of the talks should be informed to the court by April 28, the Bench ordered.

According to Mr. Prabhakaran, Indian 2 was being made at a whopping budget of ₹236 crore. The remuneration of the director itself had been fixed at ₹36 crore, apart from a share in the net profits.

Stating that the production house had already paid an advance remuneration of ₹14.4 crore to the director, counsel claimed that the company was continuing to pay ₹1 crore to him every month though it was incurring huge loss due to the delay in making the movie.

On the other hand, Mr. Raman brought it to the notice of the court that Mr. Shankar was ready to shoot the movie from June to October despite having scheduled his daughter’s marriage during the same time.

However, the production company was yet to pay money to the art director so that the sets could be made ready. He said the director had sent a mail in this regard to the production house but it had not replied.

The court was also told that actor Vivekh was playing a crucial role in the movie but he died recently due to cardiac arrest.